Note: The new ratings of all D1 current college basketball players will be updated at www.valueaddbasketball.com within a week, and then updated regularly for the rest of the season (current ratings as of Christmas).

The 1st Round of the Tournament of 30 additional great teams wrapped up with Isaiah Thomas (15 points, 3 steals) and one of Bobby Knight's great Indiana defensive teams from 1981 dominating the 1990 Georgia Tech team. Indiana advances to play last year's national champions from Baylor, who dominated Notre Dame from the same 1981 season. As for Baylor's first two opponents both being from 1981, that season Indiana team was actually upset by Notre Dame early in the season but by the end of the year the Hoosiers were dominant. The Irish actually lost to BYU in the Sweet 16, while Indiana won all five tournament games by double digits and by an average margin of 23 points.

The game featured an all-time point guard match-up with Kenny Anderson (11 points), who played 16 years in the NBA, matching up with Thomas.

Georgia Tech's Dennis Scott was actually the best player in the game despite the loss, with game-highs in points (19) and rebounds (10). Scott happens to be one of three players I've played against in gems - with Dallas Comegys and Grant Hill being the others.  OK, a more accurate statement is that those three NBA players sort of played around as one of 10 players on the court while the rest of us were playing. Three different events over the years, but Comegys would grab every rebound with jumping, Scott would go ahead and switch a few 35 footers during the game, and Hill would only pass. Hill's team actually lost but when he tried to leave the court one of the winners quickly asked him to stay and take his place with the winners.

I also did have a 20 minute conversation with Bobby Knight in 2016. 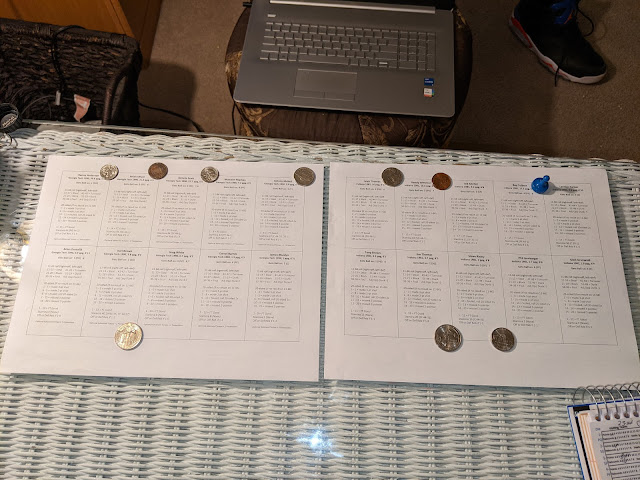 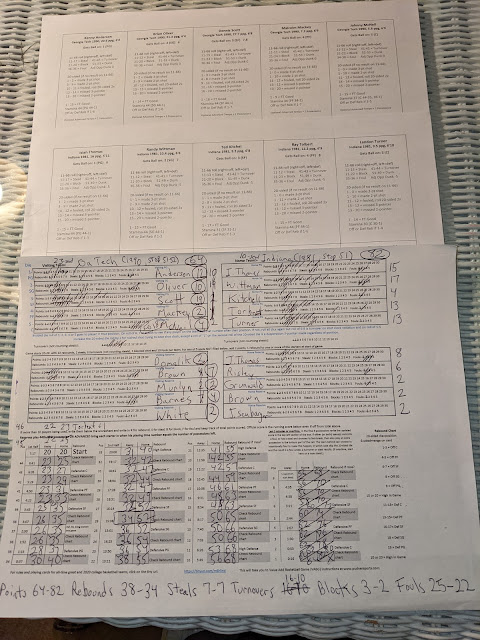 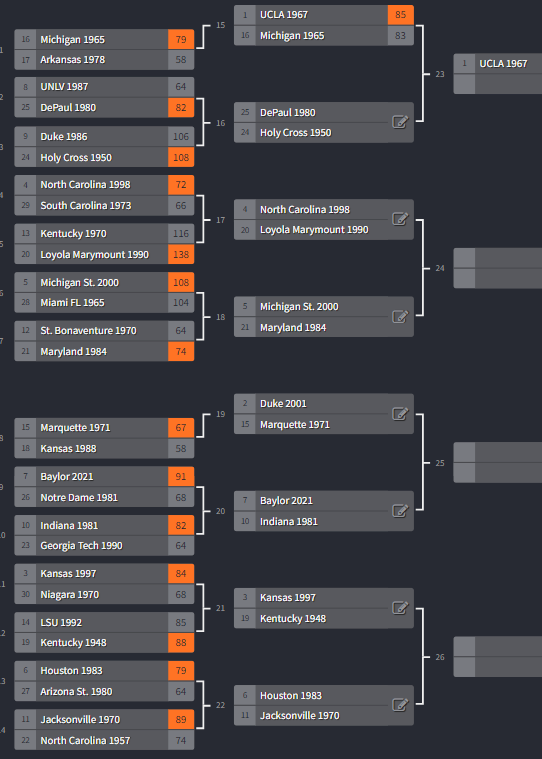 Posted by JohnPudner at 6:56 PM