After scoring 138 points in an upset opening round, Loyola-Marymount's Bo Kimble scored 38 and both Vince Carter and Makhtar N'Diaye fouled out trying to guard him.

The 20-seed 1990 Loyola squad was the highest scoring in the history of college ball, and their cards adjust to allow 26 extra possessions in a Value Add basketball game. By the time those extra 26 possessions we're played on one score sheet (13 by the bottom row reserves and 13 by the top row starters), Loyola led 53-44 when the game would normally start 20-20 with 44 possessions to play. 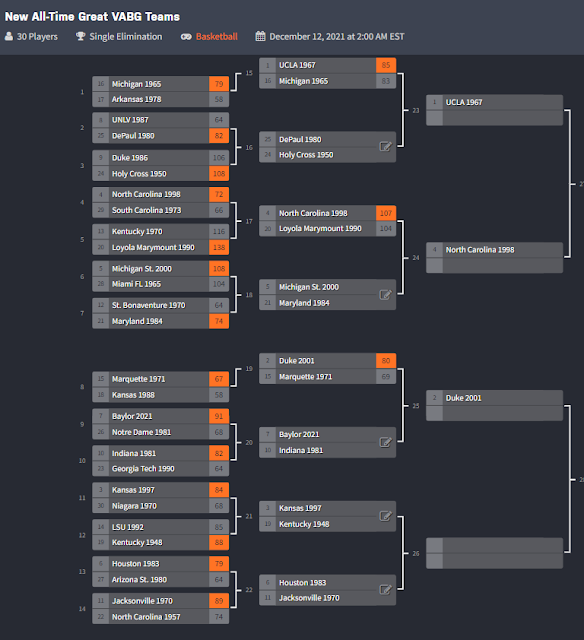 Three steals by Ed Cota helped UNC tie the score 60-60 with 34 possessions to play, and respite Carter fouling out, the other two players who would go into have king NBA careers did just enough to send UNC to the Elite 8. Antawn Jamieson (34 points, 11 rebounds) dominated inside, and Shammond Williams (26 points) ran the point.

N'Diaye's foul out may have actually helped the Tar Heels, as it put 7-footer Brendan Haywood into the game for the final few minutes, during which he blocked 3 shots to finish with 5 blocks and send the Tar-Heels to the Elite 8. The other two already in the Elite 8 are 1-seed UCLA 1968, and 2001 Duke.

Many wonder who could have stopped Loyola in 1990 if Hank Gathers had not tragically died of a heart attack near the end if the season. 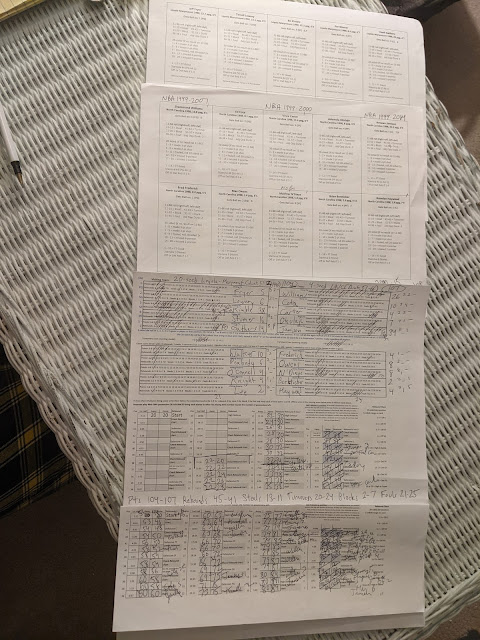 Posted by JohnPudner at 1:33 AM