The loaded Brigham Young trio of Danny Ainge, Fred Roberts and Greg Kite not only led the team to the Elite 8, but all three of those players had long NBA careers to show just how good they were. Both teams are on the updated google doc of 136 of the greatest college teams and players of all time. The cards are used with our free Value Add Basketball Game, still our most popular post with 56,800 visitors so far.

After adding a few teams from 2020 and 2021 we ended up with an odd number of teams per region, so we added the 1981 BYU team to the West Region and the 2011 Marquette team to the Midwest Region.

Ainge was WAC player of the year as three ranked teams battled through the season, with BYU finishing one game behind both Utah and Wyoming for the title. Not many saw BYU play as their only two nationally televised games before the tournament were a win against Washington early in the season, and then a crushing win over rival Utah to close out the season.

However the twin towers of future NBA players Roberts and Kite took over with Ainge to beat Princeton, destroy UCLA in an upset, and then stun Notre Dame 51-50 to reach the Elite 8, where they fell to Ralph Sampson and UVa.

Both teams start ranked right around 75th of the 136 great all-time teams in the game. 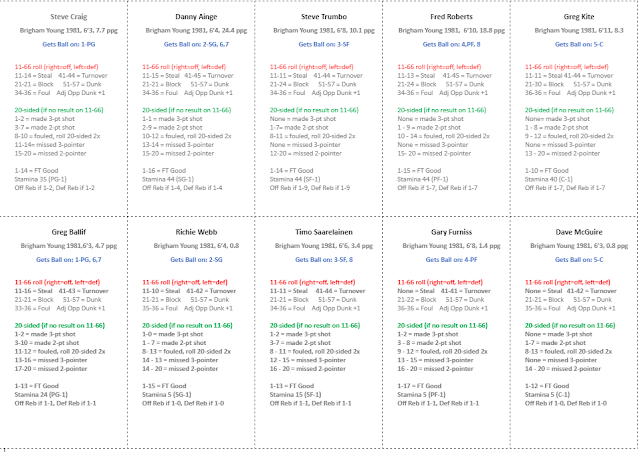 Under-the-radar Jimmy Butler led this team before his shocking selection by the Chicago Bulls in the 1st round of the next NBA draft, then going all-NBA within a few years.

Also off the radar was Jae Crowder, who was setting the stage to team up with his buddy DJO (Darius Johnson-Odom) to take the team the next year to the Sweet 16 before also being a surprise NBA pick who has gone onto hit 1,000 3-pointers in the NBA.

Coming off the bench were the much more heralded 5-star Vander Blue as well as Davante Gardner, who would survive near certain 1st round elimination by Davidson, then went all the way to the Elite 8. 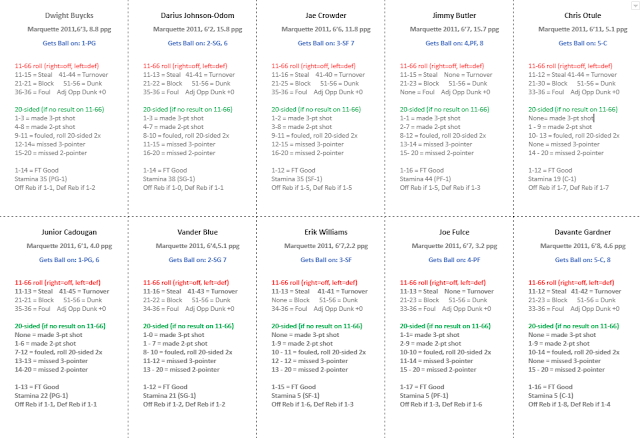