The 91-68 win in our game follows the last 4 times the real team has played a team KenPom's top 20 they have won by between 16 and 19 points (Houston and Gonzaga in the Final 4, the Michigan State and Villanova this year).

While Woodridge, the second greatest Bulls dunker behind Jordan, had 17 points and 11 rebounds, this one was never in doubt. Five Baylor players scored in double digits and they won every category including the turnover battle 19-8.

The win moves Baylor from 34th all the way up to 19th in our KenPom ratings of the 134 all-time Great teams in our game. As the 7- seed, the win also means all 7 top seeds in our current tournament are still alive for the second round, while there were 5 upsets in 11 first round games so far. 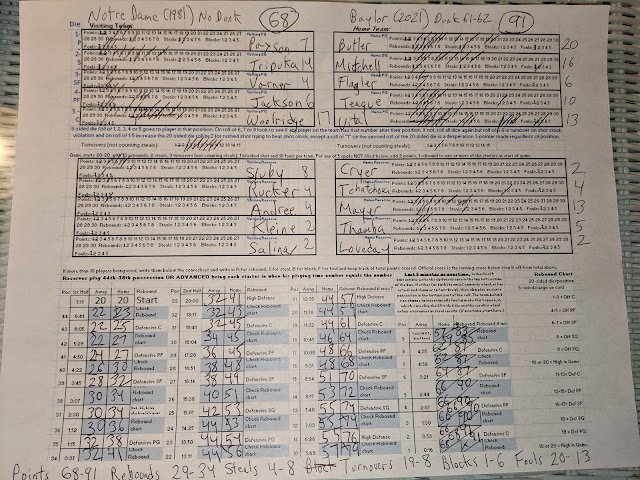 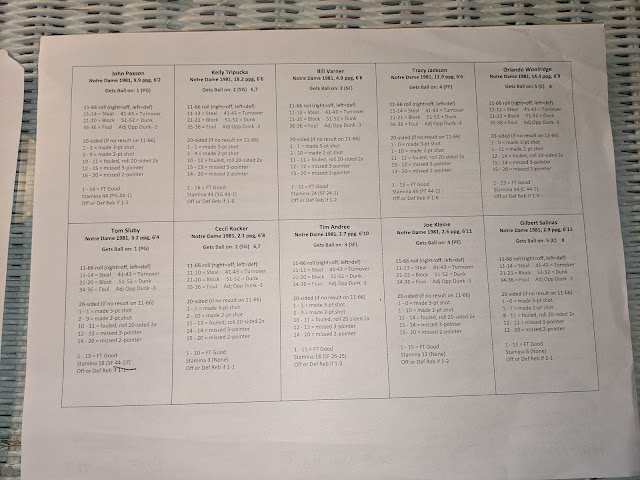