While some play Statis-Pro baseball historical seasons, since the 1980s we have played the current season on and off. We enjoy seeing the current line-ups. Our alternate reality 2022 AL MLB season already produced the Dodgers as NL champs using the Statis-Pro baseball game using these 2022 Protected Batters, and 2022 Projected Pitchers for Arizona to Miami and then Milwaukee to Washington.

2022 Season Finale (click here for tracking of all games):

The Cleveland Guardians, the youngest team in MLB baseball, advanced to the AL Division Series in MLB this weekend, and on the off day for real baseball Monday defeated the Orioles in the final 2022 regular season Statis-Pro baseball series to advanced to the same level.

McKenzie threw 6 innings of 1-hit ball to give the Guardians a 6-0 lead after 8 innings, enough for the 5+ lead after 8 innings that give credit for a 3-game sweep in our game rules, as long as they held onto the win. However, that got tight when Rutschman hit a 3-run homer in the bottom of the ninth and Clase needed to come into save the 6-3 win.

That meant Cleveland just had to not get swept in the second game to catch the Yankees and Twins for the 2nd playoff bye. That seemed easy when the Guardians took a 6-1 lead in the first two innings of the season finale when Reyes, Gonzalez and Ramirez homered. However, Mullins again exploded with a double, singled and two homers to help the Orioles take an 11-8 lead, but the Guardians kept them from getting to the 5-run lead to salvage a 1-2 record for that game as a loss but not a sweep - finishing 33-33.

The Guardians claim 2nd by breaking the 3-way tie by going 8-4 against the Yankees and Twins in these final standings. Here are the final standings, with the last column showing how much better or worse the team was then against the other 10 teams chosen for a Statis-Pro league this year (the four bottom teams were left out).

That sets the playoffs
Teams had to make the playoffs based on the projected 2022 cards, however any of their players that were among these 18 most improved pitchers or 10 most improved batters can sub their card based on this season's stats.
Best of 3 White Sox at Yankees - winner Best-of-7 vs. Guardians
Best of 3 Astros at Twins, winner Best-of-7 vs Blue Jays
AL Champion from Above Meets Dodgers in Statis-Pro 2022 World Series
The following are the Cleveland cards that delivered the 33-27 season and bye. 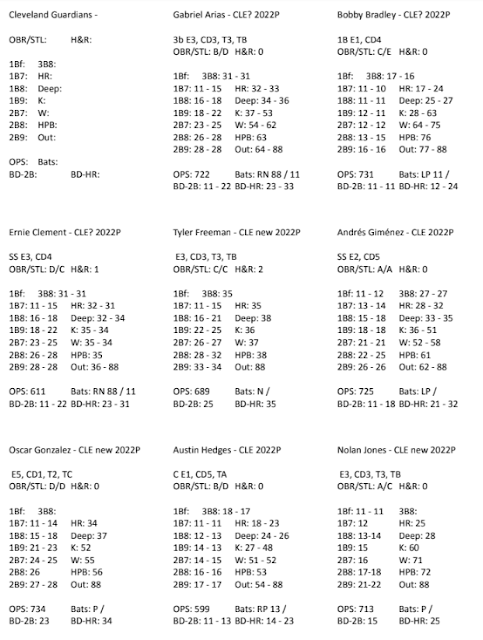 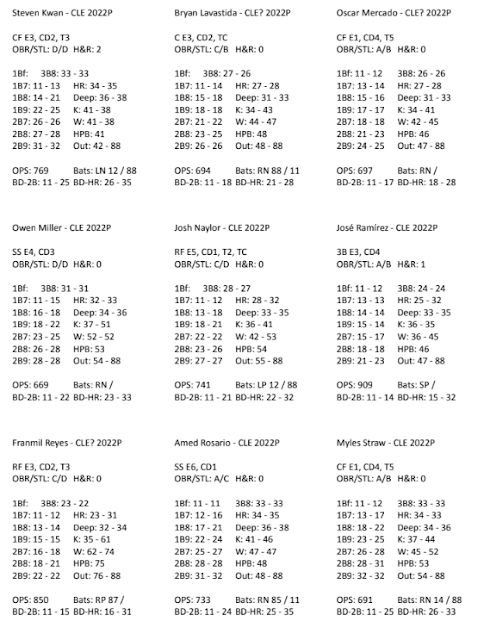 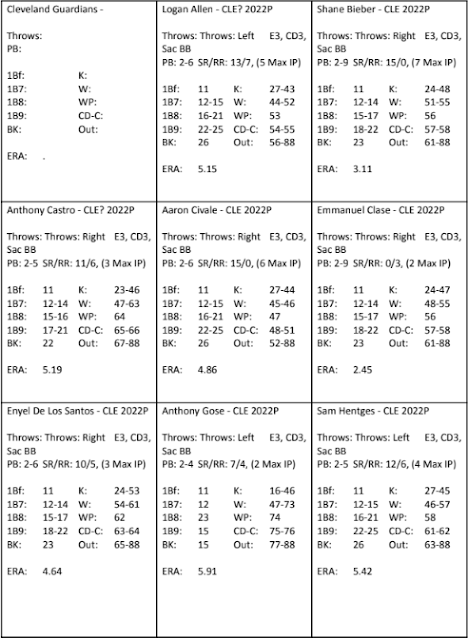 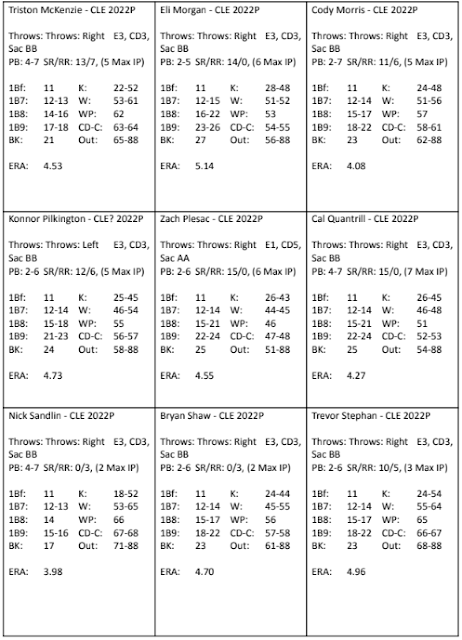 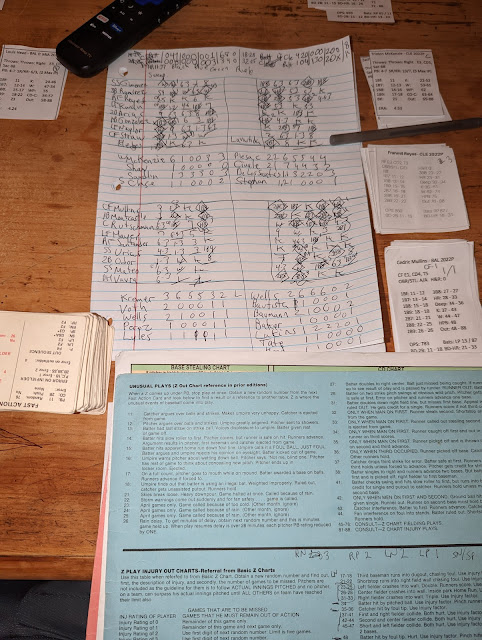