The Twins actually finished a game ahead of the Astros in our Statis-Pro season, a far cry from the actual MLB season in which the Twins failed to make the playoffs while the Astros had the top record in the AL. However, we produced new cards for the 28 most improved players above their 2022 projections. 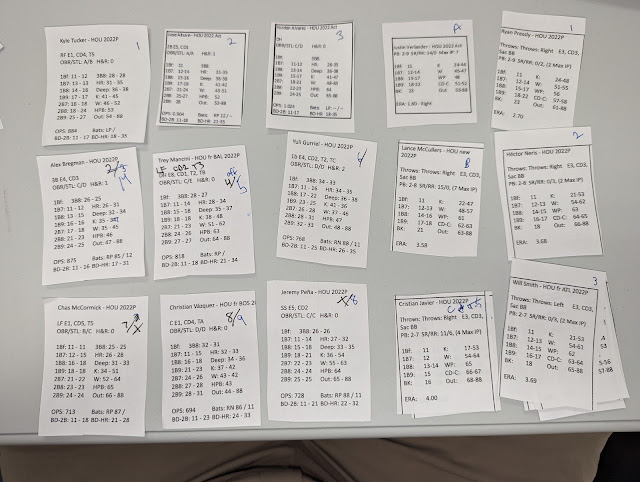 The new cards below for Game 1 starter Justin Verlander, and No. 2 and No. 3 hitter Jose Altuve and Jordan Alvarez seem to give them a huge edge against the Twins roster further down that look like a hospital unit with Bruxton, Sano and Maeda among many player cards that can not be used due to injuries.

Click here for the preview of the other Statis-Pro Wildcard series as the Yankees host the White Sox. The winner of that series advances to face the Cleveland Guardians, while the winner of the Astros-Twins series moves onto play the Toronto Blue Jays, as outlines in the season review. 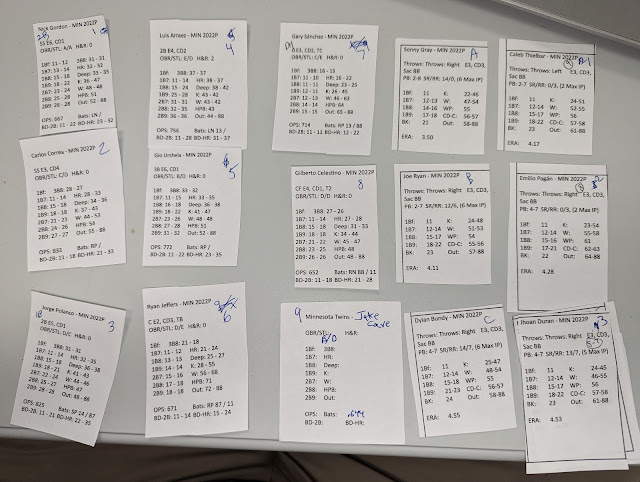 Posted by JohnPudner at 3:00 PM