Aces Urias and Cole started the 2022 Statis-Pro World Series, and combined for 15 scoreless innings and the game went all the way to the 10th.

However the Dodgers beat the best rookie reliever in the game when Justin Turner hit a 3-run homer in the 10th off of PB 2-9 Clay Holmes for the 3-0 win.

Then in the second game they beat him again. Holmes pitched a 1-2-3 8th inning but Freeman drew a walk to start the 9th and Muncy singled. Smith then struck out, but the rookie Holmes could not find the plate - walked former Yankee Gallo and then Bellinger to force in the winning run and a 5-4 Dodgers win.

Two great games, but the Yankees will need to dig out of a whole trailing 2 games to 0 as they head for three games in Yankee Stadium. 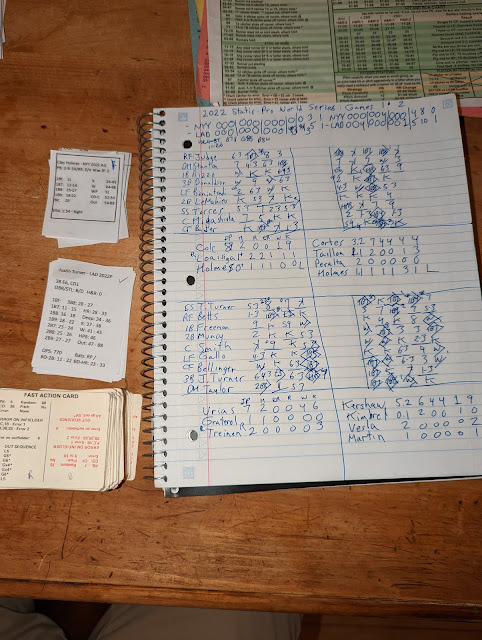 Posted by JohnPudner at 5:14 PM