Well that's a twist. The Orioles 13-5 blasting of a Twins team that has lost its two top hitters Sano and Buxton eliminates the Twins to pass the Yankees for a bye.

That "sweep" pulls the Orioles to within a sweep of finishing .500 - as they are now 18-21. The Twins actually need to get to 31-29 to guarantee the playoffs, and if they were swept again to finish 30-30 which would create a 3-way tie for the final two playoff spot with the Orioles and White Sox. We thought game 2 of this and the first game of the Orioles and Indians would likely end our season, but the Orioles could be extending. 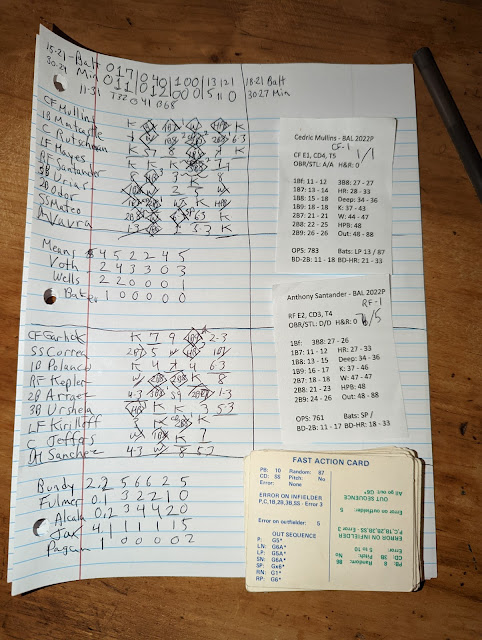 Night and day. Twins start with 2 homers and sweep 9-1 to split the series with Orioles and catch the Yankees at 33-27 in their finale.

Mullins crashed into wall for an injury on a z-play, perez, moncastle and rutchman we're all thrown out in the old z-play 14 - so the top 3 Orioles batters and a reliever all lost for the game. 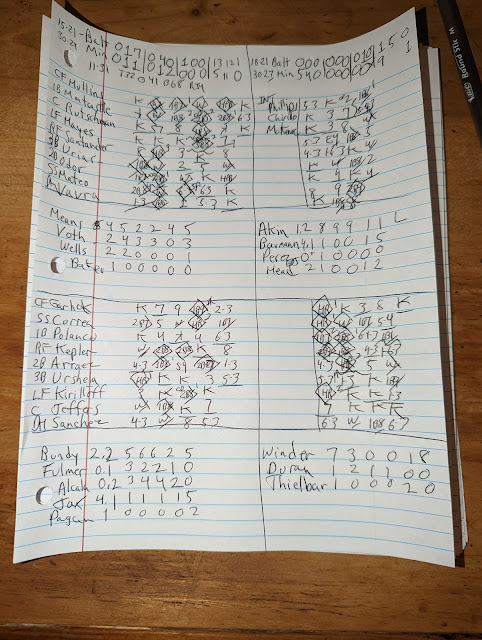 Posted by JohnPudner at 9:15 PM