We previously listed the playoff rosters and pictures of the top 15 players for the Astros and Yankees, who have now advanced to the AL Divisional Series to play the Blue Jays and Guardians. That means three of the final four AL teams were the same in our Statis-Pro Season as in the actual MLB. The one exception was the Statis-Pro Blue Jays making it rather than the actual MLB Mariners.
Some notes as we wrap-up the 2022 season using the Statis-Pro baseball. This season was played using these 2022 Protected Batters, and 2022 Projected Pitchers for Arizona to Miami and then Milwaukee to Washington. 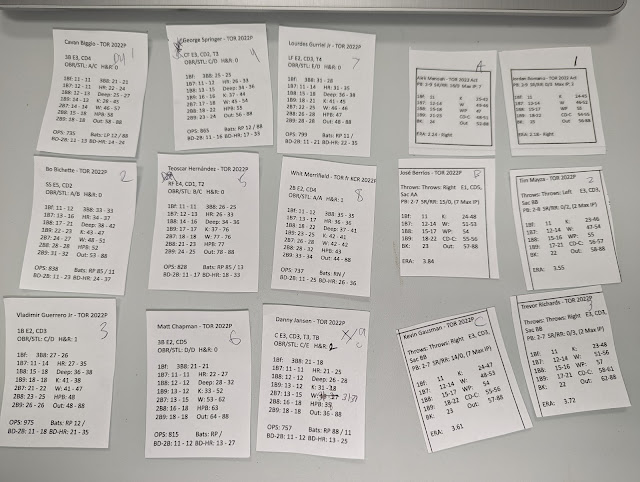 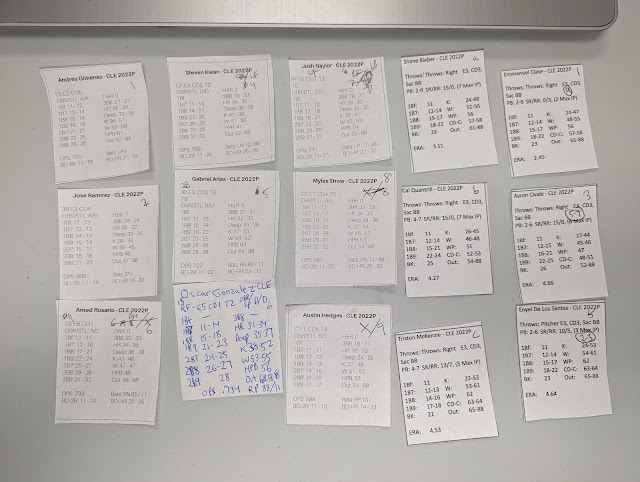 Posted by JohnPudner at 2:09 PM