The 1972 Oakland A's who went on to win 3 straight World Series put Catfish Hunter for a game played with pitchers hitting and 11-58 being a homer on a deep drive based on this chart. The 2001 Seattle Mariners which won the most regular season games in history lead off with Ichiro's .350 batting average and rare AAA sb (stolen base) rating.

One big advantage for the A's in the first game (home, though the same team still bats first both games) is that pitchers were still hitting even in the AL in 1972, so Edgar Martinez will pinch hit instead of batting cleanup. 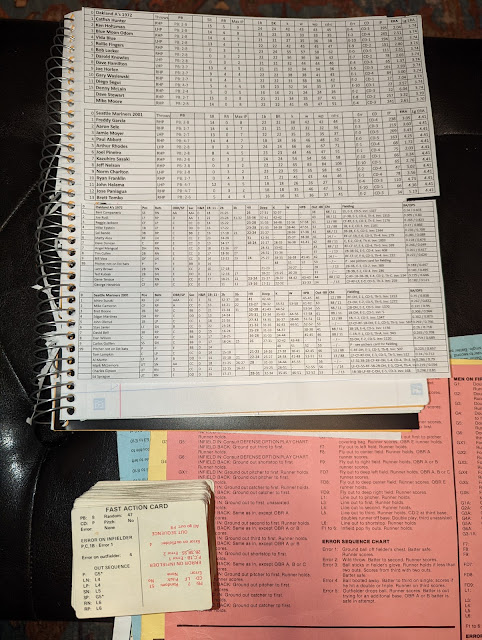 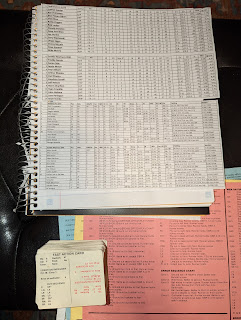 Posted by JohnPudner at 8:34 PM