Statis-Pro Jays Advance as the Exception

Three of the final four AL teams were the same in Statis-Pro as in the actual MLB playoffs ...

... But the one exception - the Blue Jays - continued to advance by defeating the Astros to advance and play the New York - Cleveland winner.

At least for us Astros fans a couple of Astros families starred in the game. For Astro George Springer hit a 3-run homer to put it out of reach 11-5 (the final) and Cavan Biggio (son of the greatest Astro) reached 4 of 5 times.

Here is my post on my lifetime of love for the Astros before I played this game, but after they advance in real MLB last night. 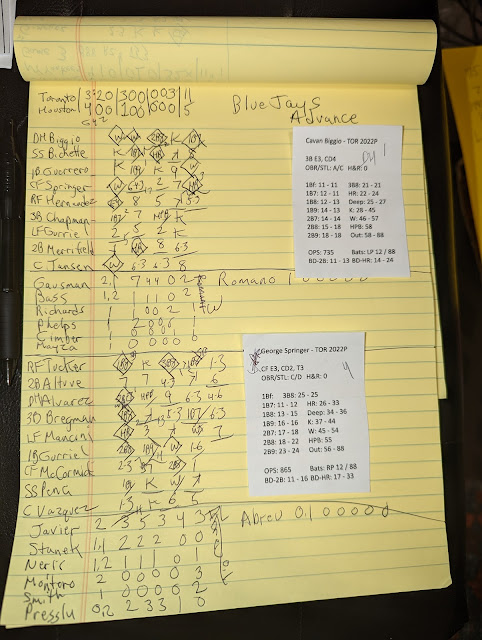 Posted by JohnPudner at 6:39 PM