The MGM preseason betting line projected the Dodgers, Yankees and Blue Jays would be the best three teams in MLB this year. Using the Statis-Pro projected 2022 cards, that's exactly what we have, with the Dodgers already in the World Series and the Blue Jays and Yankees in the ALCS to see who plays them.

This year the Statis-Pro winner will not match the actual MLB World Series camp, as the surprising Phillies and Astros (whose pitchers in real MLB were MUCH better then their projected cards) will face off.

It may be true the Astros are the Yankees kryptonite. After the real Yankees were swept by the Astros, the Statis-Pro Yankees drew another ALCS foe, the Blue Jays. The Yankees hammered out 6-2 and 8-4 wins against the regular season champions to head back to Yankee Stadium with a 2 games to 0 lead in the best of 7. 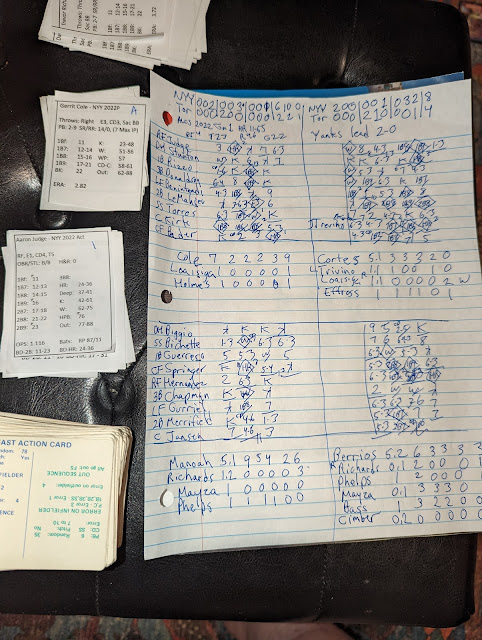 Posted by JohnPudner at 8:21 PM