Nine of the 12 teams overlap with the teams that emerged from the season we played out with Statis-Pro projected 2022 cards created at the beginning of the season. We will cover the key players who led their team to overachieve by playing much better in the actual season than the 2022 projected cards - starting with the Mariners Julio Rodriguez who would get this card based on his actual stats this season. The Statis-Pro NL was played in tournament style this summer, and the bracket is how the teams finished. The Statis-Pro AL was a mini-season, and results are the bracket right now with a couple of games to play. 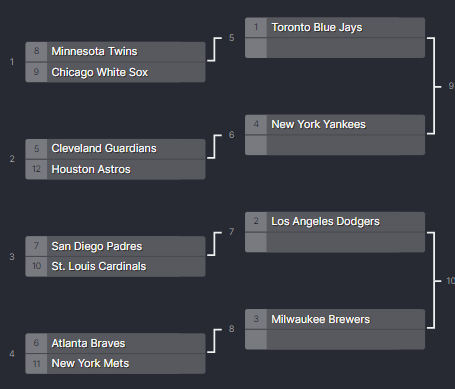 And then courtesy of CBS Sports, here is the actual MLB bracket for the real season. 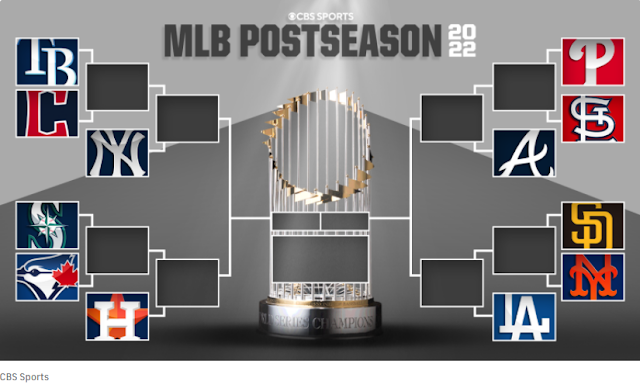 Here are the players who were much better this season - and thus have much better Statis-Pro cards next year then they had this year. Each of the four teams had one pitcher that improved to one of the top pitchers in the league and will have a dominant PB 2-9 card based on this season. Their new card appears in this blog.

Seattle Mariners - Paul Sewald, and if we had a card for just his games pitched after being traded to the Mariners, then Luis Castillo would also make this list.

In addition, the Astros and Mariners benefitted from three of the 10 most improved batters in the league.

Eugenio Suarez and Julio Rodriguez (see card at top) dominated for the Mariners, and Jose Altuve and Yordan Alvarez for the Astros.