The Los Angeles Dodgers play the New York Yankees in our Statis-Pro World Series - the series many thought would happen most of the year. Instead, the real World Series will start Friday between the Houston Astros and Philadelphia Phillies.

The 1963 and 1988 LA Dodgers were already in our 12-team all-time great game. However, I could not figure out what to do with the Dodgers. Like the 1990s Atlanta Braves, they were certainly the dominant NL team and should be in the game, and like the Braves they just had one World Series title - but I really did not want to use a 60-game Covid year of 2020 for a team with so few stats.

Originally I had added the 1995 Seattle Mariners - but since they already have the 2001 Mariners which won 116 games, I decided I really needed to get the modern Dodgers in the game.

What I finally settled on was that I would take the 2020 championship roster, but take each player's 3-year totals for stats to avoid wild swings that would have resulted from a shorted season.

Below find the Dodgers 2019-21 batters with their home run range and stats, then the pitchers, and then the updated roster of all 60 teams broken down by 5 division. 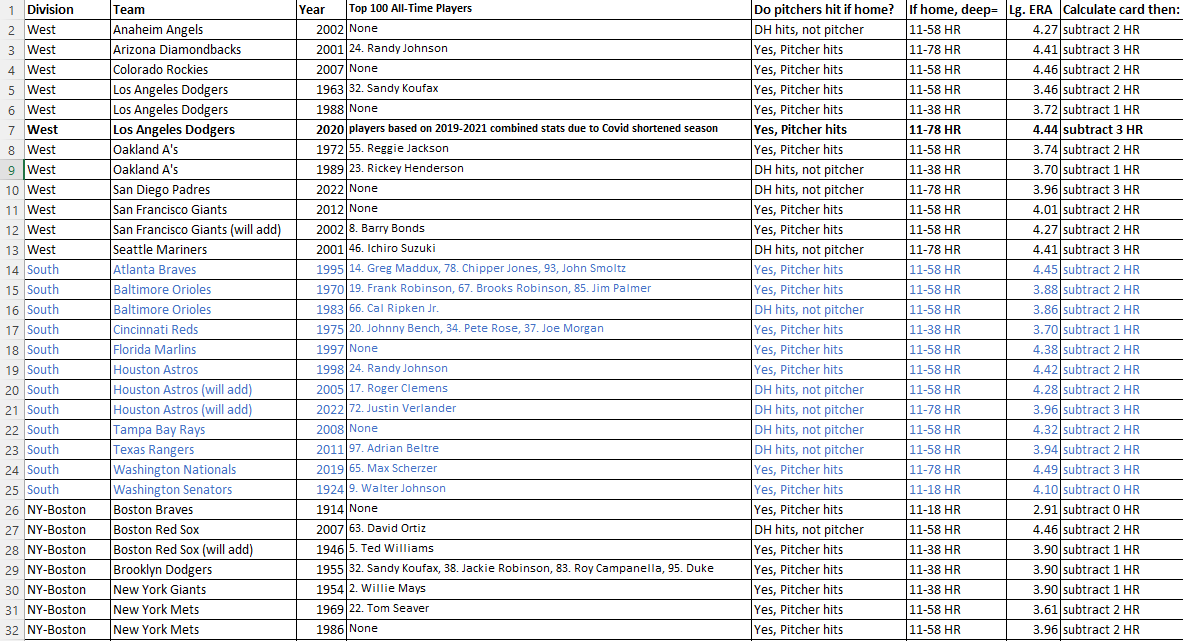 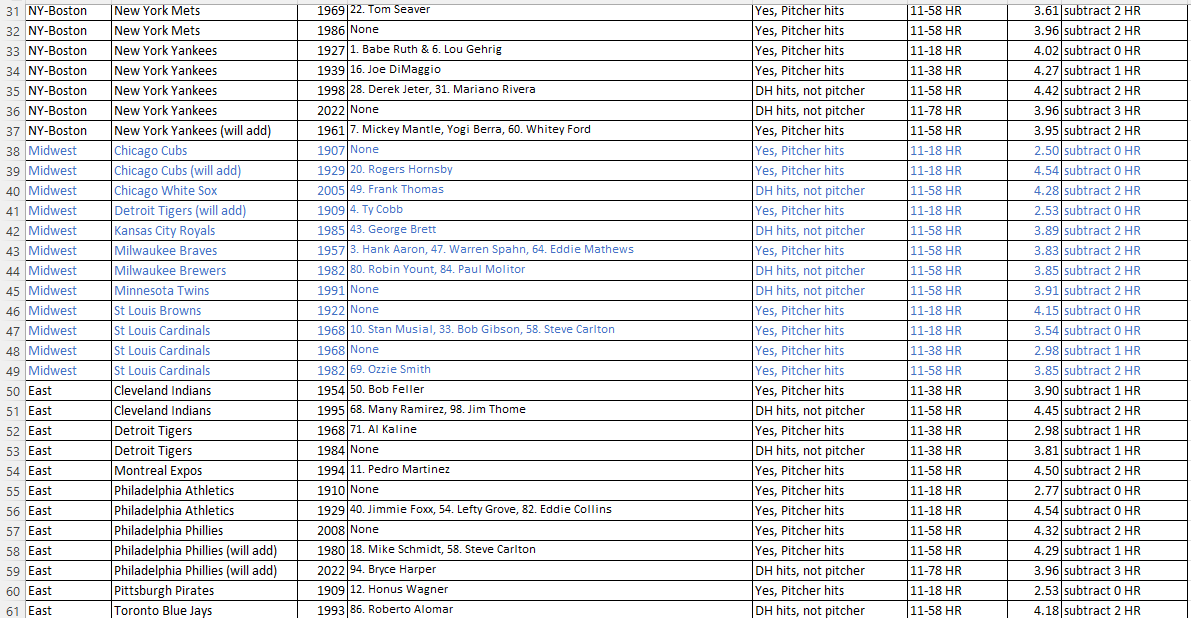