We will be adding the 2022 Phillies will be one of the 10 teams added to the All-Time Great Statis-Pro baseball teams after rallying in the 8th inning to beat the Padres 4-3 to win four games to one.

Despite the 2022 Yankees being one game from being swept in the ALCS, we added them to the game partly on the basis of Aaron Judge having one of the 25 greatest WAR seasons in the history of baseball.  Like in my Value Add Basketball Game, I decided to go from 10 to 12 teams in each of my five divisions mainly by adding teams that did not make the all-time great team lists but had one of the greatest players of all time. We have not created the extra teams, which all have a (will add) to indicate the cards are not there yet. The next blog will be on the last Phillies World Series team (2008) debuting in our game against a team that played across the state from them 99 years ago - Honus Wagner's 1909 Pirates. 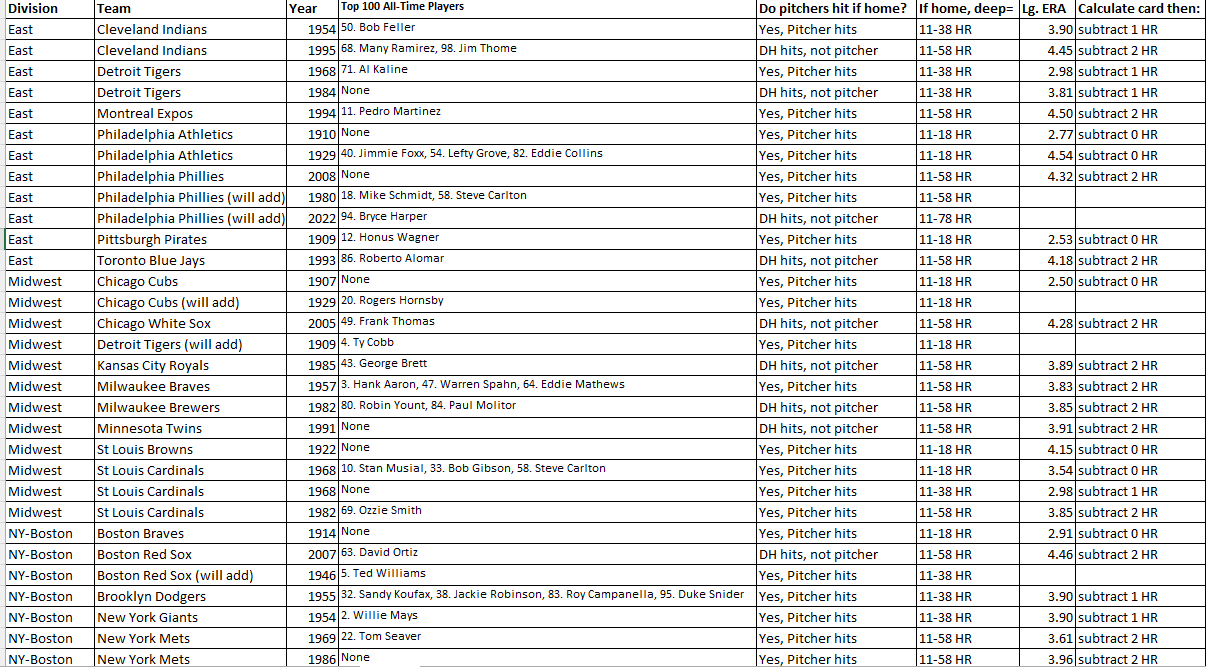 Posted by JohnPudner at 8:05 PM