Here are the Statis-Pro Cards for the Yankees starting line-up, three starting pitchers to face the White Sox, and top three relievers. Below that you will see a complete list of all players for whom we have cards for this series. Then below that we will show the visiting White Sox. 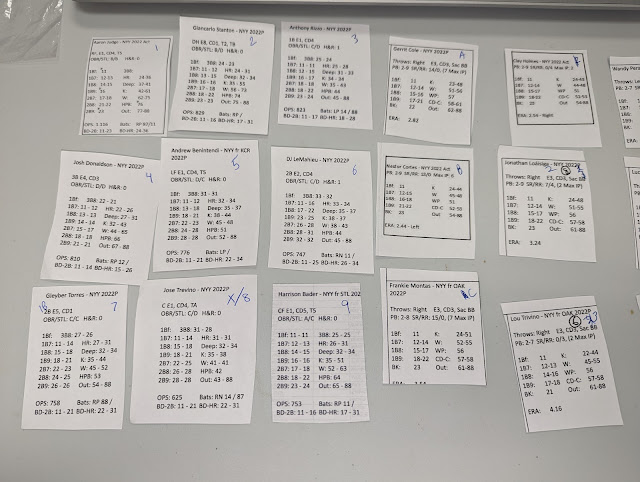 "Improved indicates it was one of the players who improved the most beyond their projected stats, and thus they have a new cards based on this season. "Ineligible" means we will not use the card because they would not be able to play long-term - usually because of a long-term injury but in Chapman's case because it was just revealed he will no longer play for the Yankees ever again.

And then the pitchers. We letter the starting pitchers A, B, C and D, then numbers for the top reliever "1" on down. 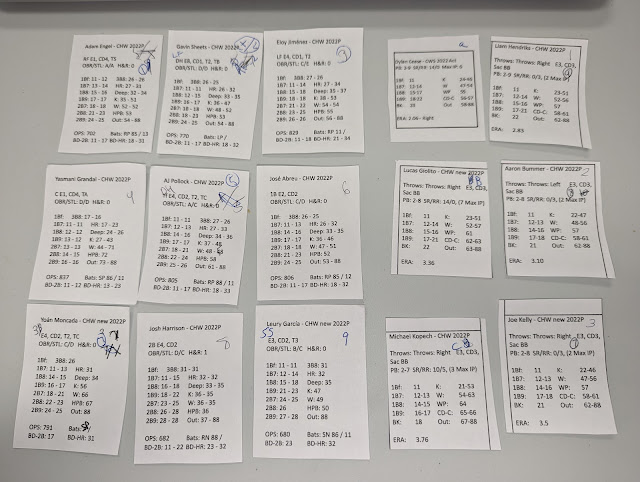 And the White Sox Pitchers