On the night of the actual 2022 World Series between the Phillies and the Astros, we get set for our alternate reality 2022 projected Statis-Pro Card World Series with the New York Yankees vs. the Los Angeles Dodgers.

Meanwhile in All-Time play we get set for our 5th and final Division debut, as the 1972 Oakland A's face the 2001 Seattle Mariners. The A's won three straight World Series and the Mariners won the most game of any team ever. Here are their pitcher's and line-ups following be summary of all five divisions below these screen shots. 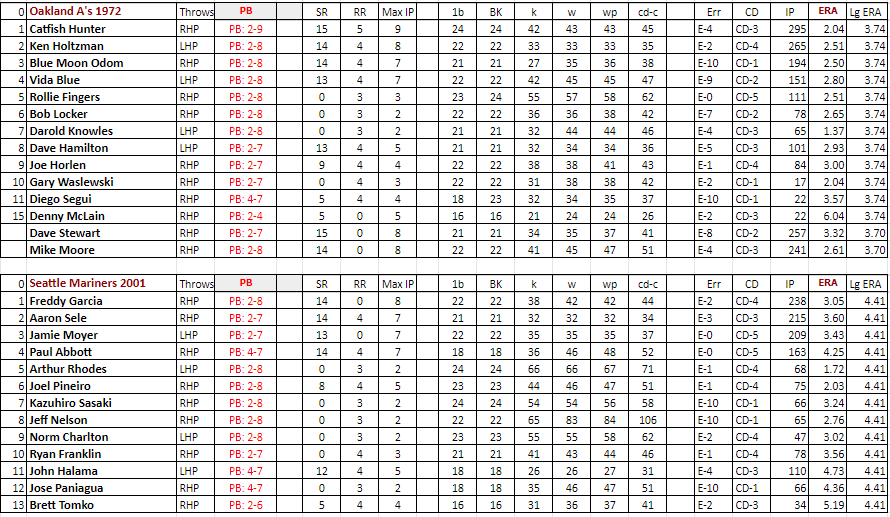