We have reached the Statis-Pro World Series using 2022 Projected cards  The Yankees swept the regular season champ Jays with ease - as their 3rd and 4th pitchers Montas and Severino won 5-0 and 5-1 games against the highest scoring offense if our season. Rizzo had 5 hits in games 3 and 4. (See bottom of blog for score sheet and key player cards).

The classic Dodgers - Yankees series lead us to open the All-Time play in our 12-team New York-Boston Division. We decided to try two of the greatest teams of all-time - the 1927 Yankees and the 1955 Brooklyn Dodgers. Their player cards in sheet form are below. Don Newcombe pitches game 1 and when he bats can hit a homer on a 23-31.

New York-Boston Division - 1955 Brooklyn Dodgers vs. 1927 Yankees - craziest double header I've ever played. Aces Newcomb (who also bats 3rd) and Hoyt started in dead ball 1927 game for  3-2 Dodgers win in 14 innings. Duke Snyder hit 2-run homer in top of 14th then in bottom Jackie Robinson's Clutch Defense 5 saved game with diving stop down 3rd base line. Both bullpens shot for finale in a little more lively ball 1955, which Brooklyn won 19-9. Dodgers ended up needing to put the affable but terrible pitch Tommy Lasorda on mound for last two outs. He gave up a sac fly to Meusal to cut it to 19-8, then a wild pitch to make it 19-9 with the greatest mismatch in Statis-Pro history of Lasorda pitching to Lou Gehrig - who against all odds grounded out to shortstop.  The ridiculous score sheet is at the very bottom of the blog.

Certainly feel the Dodgers got their money's worth for the ridiculously high salaries they paid their big three bats! 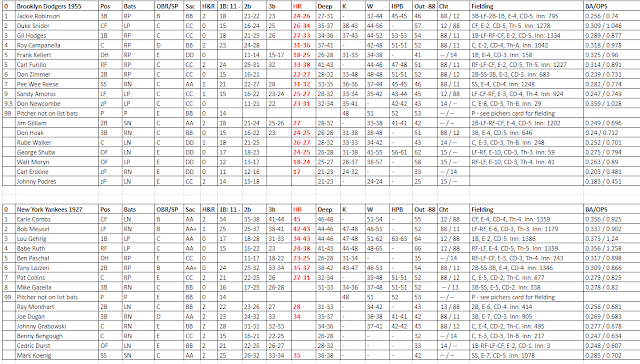 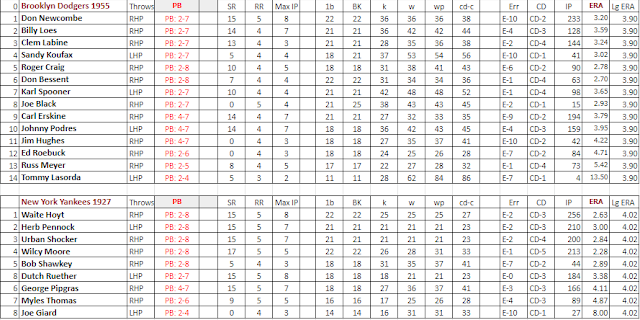 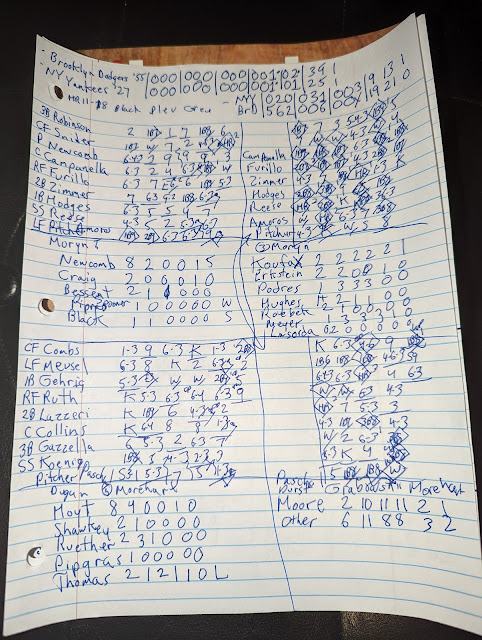 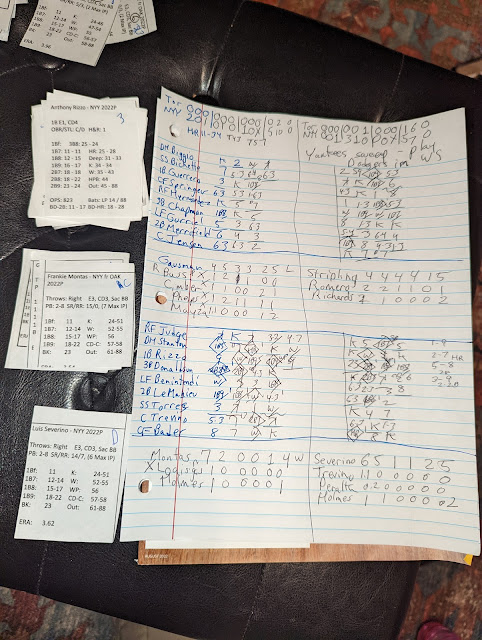 Posted by JohnPudner at 4:41 PM