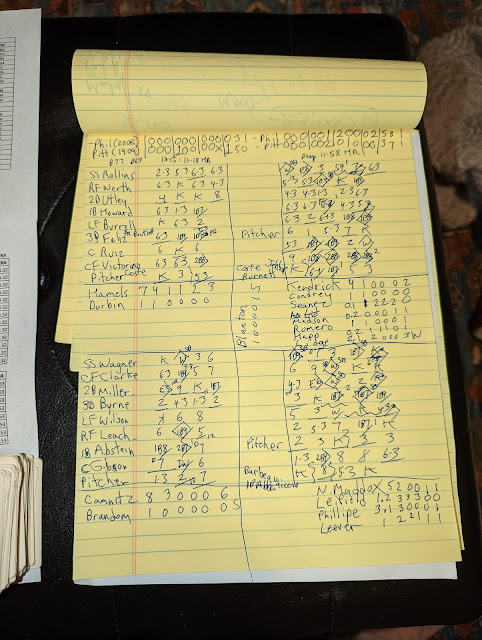 Here are the players for the Pennsylvania game between the 1908 Pittsburgh Pirates and the 2008 Philadelphia Phillies on the day that the real Phillies made the World Series. This is our first game in our All-Time Eastern Division.

Our Midwestern Division kicked off with the 1985 Kansas City Royals coming back to beat the St. Louis Browns 1922 team. In Southern play, Greg Maddux 1995 Braves and Walter Johnson's 1924 Senators.

Posted by JohnPudner at 8:11 PM