Well, the Yankees won't clinch a bye in their 2-game Statis-Pro finale with the Orioles. Aaron Judge homered twice to make it 4-0, but another Orioles rally led by Cedric Mullins gave the Yankees 3 losses on their record for a sweep, meaning the Indians or Twins could still catch them for the 2nd bye.

We are playing the Orioles as our 11th team and going through only the 2 game series that could determine if a team gets one of the two byes (Toronto already clinched one bye so won't play) or who makes the playoffs (the 6 teams are set for the playoffs unless the Orioles make an incredible run and could bump the White Sox from the last spot. 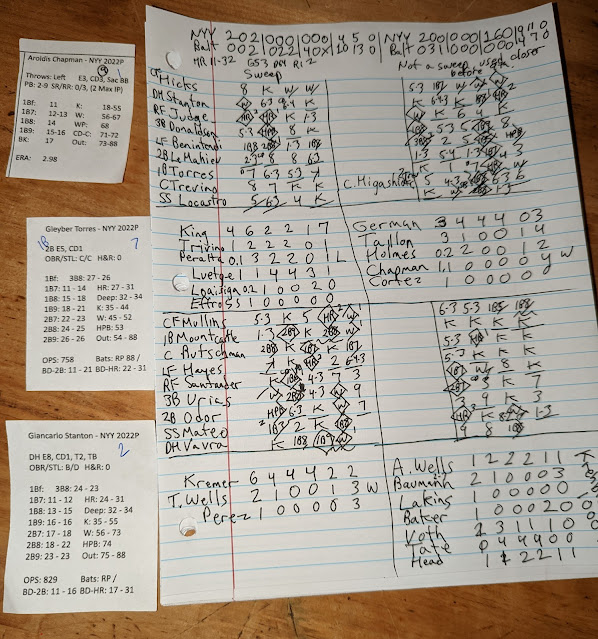 Cleveland would need to go 5-1 against the Orioles to pass the Yankees. 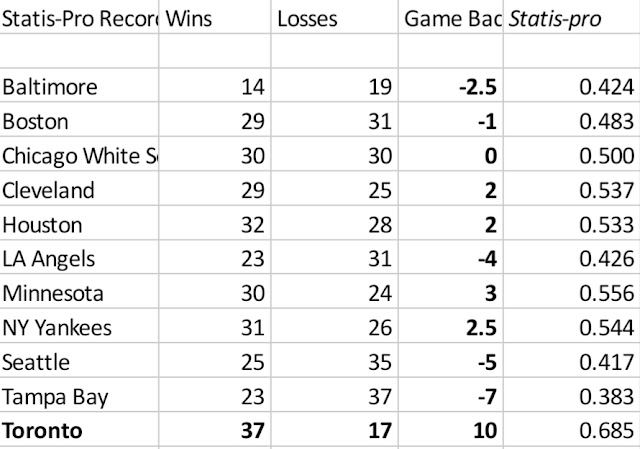 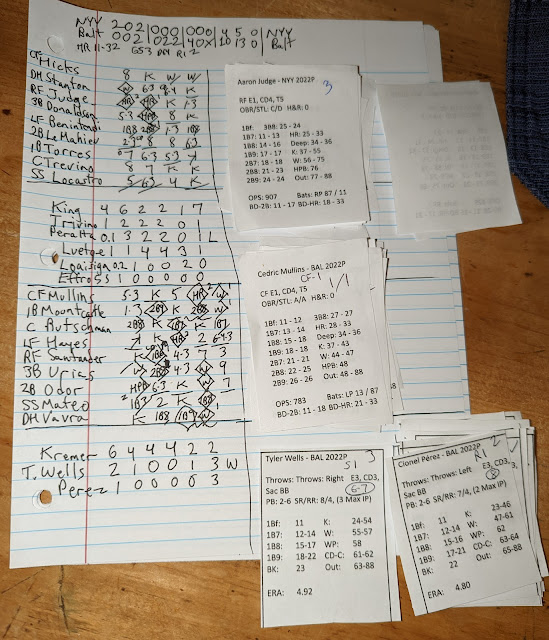