If you want to play Statis-Pro All-Star games, you can pull from the AL cards in this blog and the similar NL blog.

Statis-Pro cards for all players selected for the American League All-Star team are all shown below, in bold, and listed in order of team and then last name. The additional players not listed in bold were one of the top three vote getters at their position, listed in the last Statis-Pro AL Commissioners update as one of the leaders, or one of the top 10 in ERA or Saves so far this season.

We start with the only player to be selected as to the All-Star team as both a pitcher and a batter/position player, therefore we have two player cards for Shohei Ohtani among the Angels and Astros. 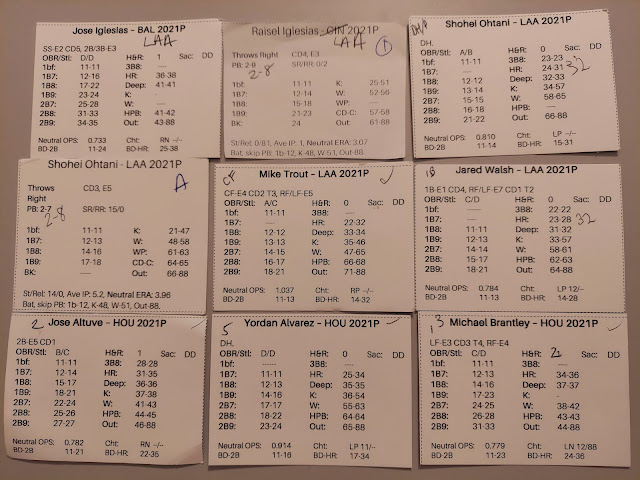 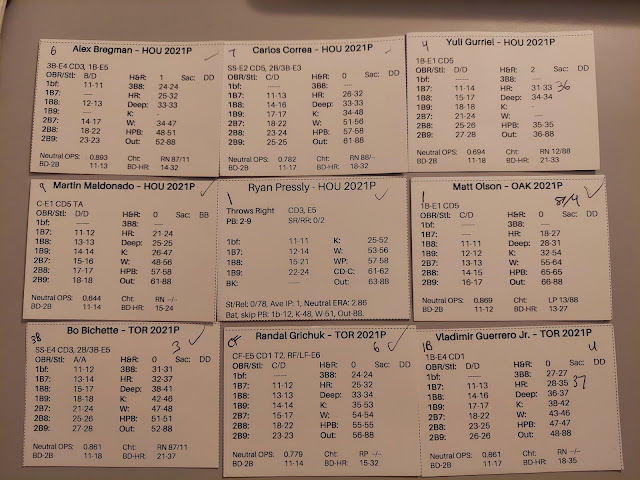 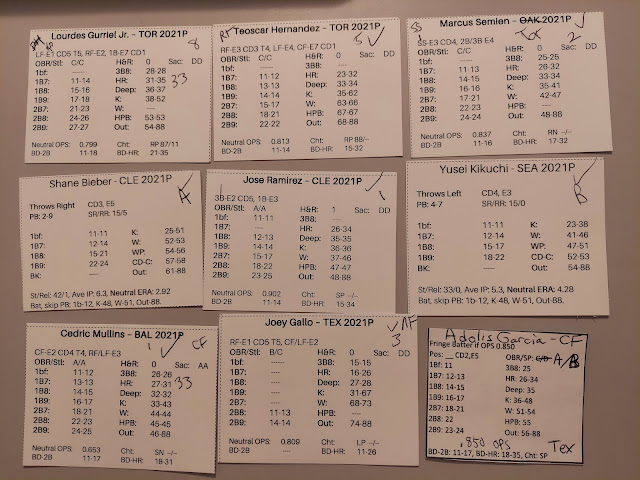 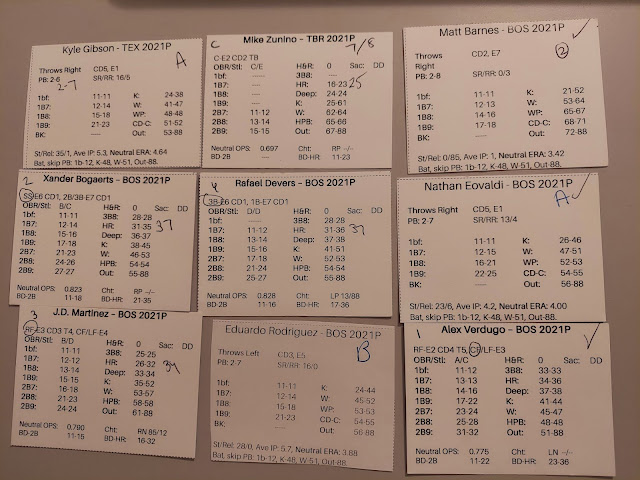 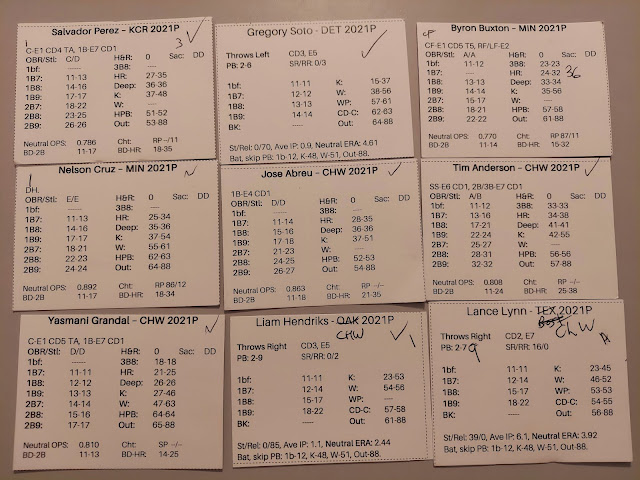 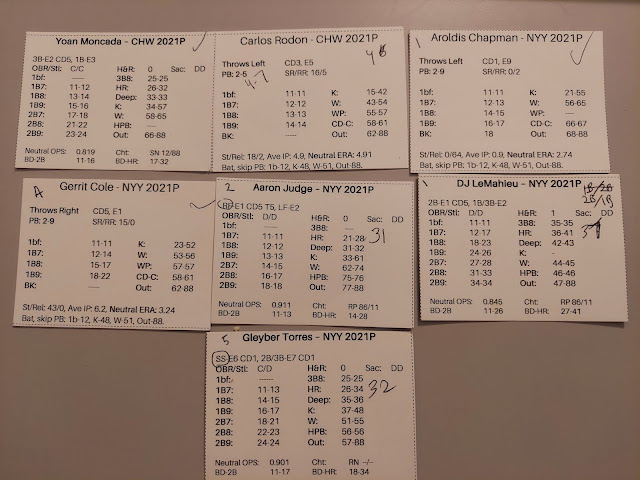