Nova's NBA Finals duo of DiVincenzo and Bridges had both been playing with four fouls for a while by then.

UVa's Hunter finally drew the 5th foul on Bridges seconds later and hit both free throws, and then Guy hit a 3-pointer and Hunter his final basket to finish with a game-high 23 points and pull UVa to 75-69 with 2:20 to play.

However, Crosby-Roundtree came in for Bridges to give Nova a big size advantage along with Paschall and Spellman and they finished out a dominant 38-27 edge on the board and 78-69 win.

It was only the second upset in our 8-team tournament. 5-seed Louisville upset 4-seed Wake Forest 2005 (Chris Paul) by one point, then the better seed won five straight until this game with the 2-seed Nova winning the championship game upset over 1-seed UVA to make the better seed 5-2 for the tournament.

Next blog will be back on our Statis-pro season with Joc Pederson's debut with the Braves. 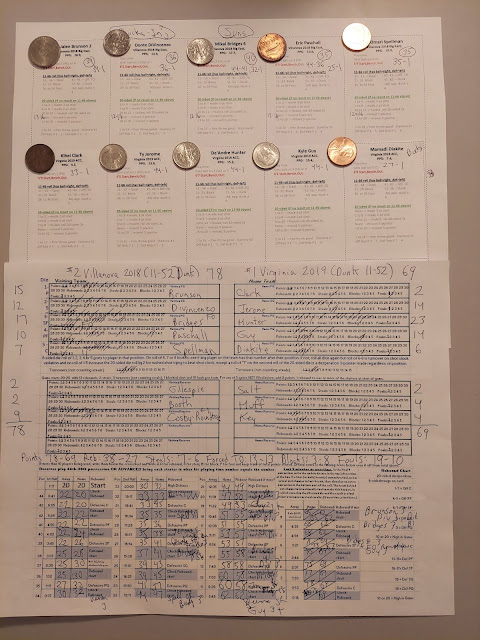 We showed how to shuffle and stack the fast action cards to play. We used another option for the title game, putting them in a salad bowl and randomly pulling a card our for every play. 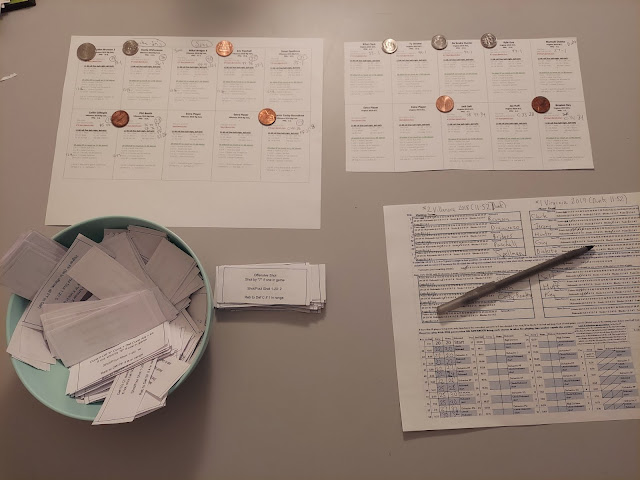 Posted by JohnPudner at 9:21 PM