The headliner for the 11th NL Series is the superb pitching match-ups between the Brewers and Padres. The only other series remaining going into Sunday was the Marlins and Cardinals - and that was a surprise (see below for game stories). 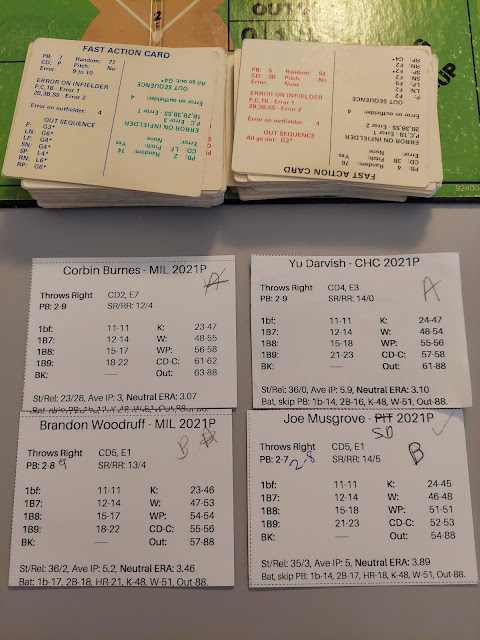 The Cardinals last chance to play one of the five relegated teams did not go well, as they lost a series to the Marlins. In a battle of All-Stars, the Cards' Arenado homered twice off Rogers to help the Cardinals pull off a 3-0 win.

However, the Marlins destroyed the Cardinals bullpen for five runs in the 7th and 8th inning to take a 5-0 lead after they batted in the 8th. Bleier then managed to strand Carlson on third base in the bottom of the 8th to preserve SWEEP credit for the second game and thus credit for a four games to two series win. The Cards finished just 12-12 against the four relegated NL teams. Overall NL teams are 101-67 for a .601 winning percentage against relegated teams.

They finish against the Brewers, Giants and Dodgers before we truly cut it down to divisional play.

To get credit for the Sweep under our league rules, the Marlins could not bring in closer Garcia in the 8th after Carlson doubled and reached third base on a grounder with just one out in the 8th. SWEEP credit is only given if a teams wins after leading at the end of eight innings by at least five runs AND no using their closer (defined as available reliever with the lowest ERA). 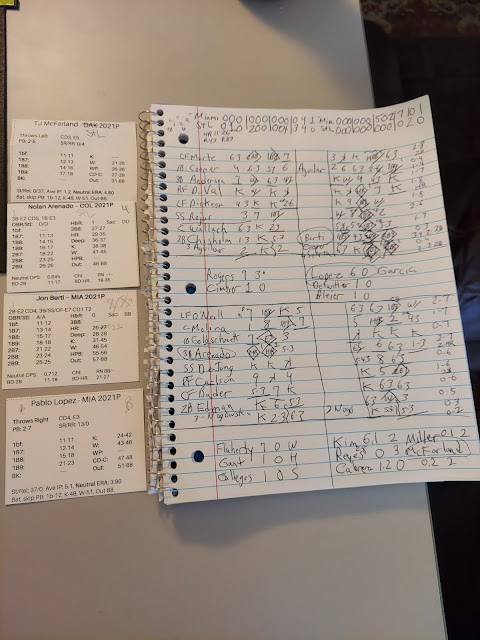 Posted by JohnPudner at 1:29 PM