During deGrom's perfect first three innings, the speedy NL put five runners on base, and Acuna has two of his three stolen bases. However Bieber stranded runners in scoring position in all three innings, aided by Judge throwing Betts out trying to go from first to third.

Because we chose to play an All-Star doubleheader, we set the rules to allow starting pitchers to go up to five innings, and the only runner deGrom allowed of the 16 batters he faced was a double by Trout.

However Verdugo greeted Kimbrel with a homer in the top of the 8th, then Iglesias and Chapman were untouchable to close out the 1-0 win in the 8th and 9th.

The only contact in either inning was a weak grounder to secind base by Turner off Iglesias, but he struck out the other two NL batters and Chapman blew away all three batters innthe bottom of the 9th - despite the NL saving Bryant and Baez (who both kill lefthanded pitching) to face him.

Game 2 will feature Ohtani vs. Burns. The line-ups will be the same except for rotaring catchers, and Ohtani also hitting as DH. 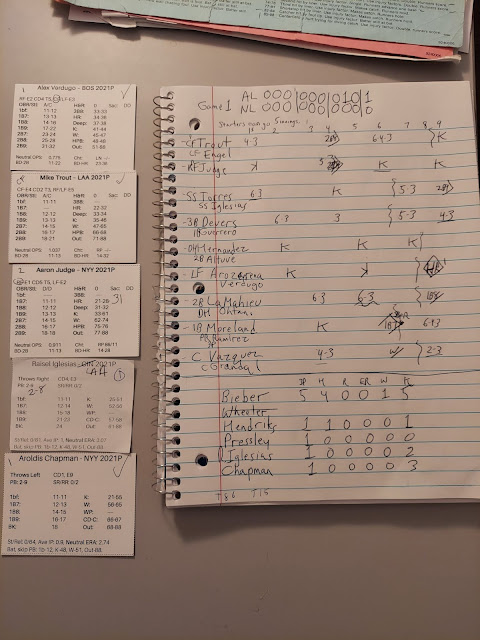 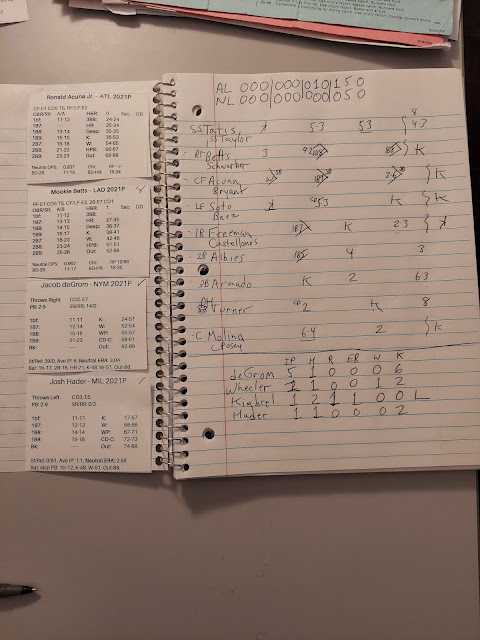 Posted by JohnPudner at 8:28 PM