If you go to the Statis-Pro Baseball game and click on the pitchers cards and then the hitters cards, you can find the players in recent transactions and put them on the correct team.

In the debut for Trea Turner and Max Scherzer, the Dodgers won 3-1 and 12-6 against the Reds, who debuted reliever Justin Wilson. The second game did not count as a sweep because the Dodgers led 10-6 after 8 innings (you must lead by 5 at the end of 8 innings for a sweep).

The series moves the Dodgers within 2 games of the 1st place Brewers and a first round bye in the playoffs. It also knocks the Reds one game out of the last wildcard spot.

The scoresheet is at the bottom, but firet the cards for the new players for each team, starting with the Dodgers. 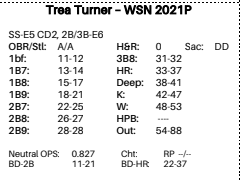 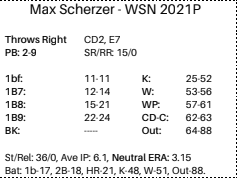 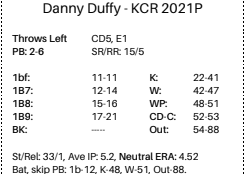 The Reds needed two of there four New York players, Justin Wilson whose card was with the Mets though he was with the Yankees until the trade, and then Luis Cessa who also came from the Yankees. 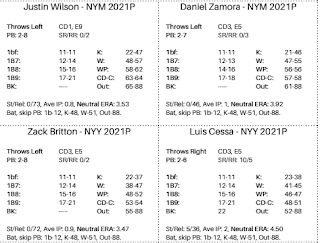 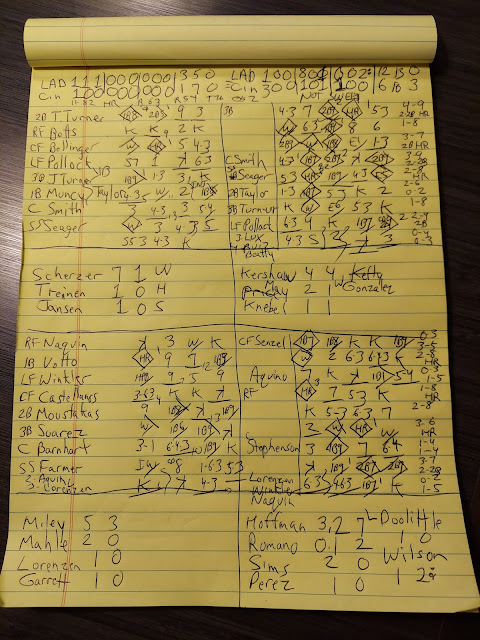