With the real home derby on TV tonight, we started our 8-team college basketball playoff between the teams of NBA Finals players who were on a team in our Value Add Basketball Game.

In the NBA Finals, rookie Jordan Nwora appeared for the first time and hit a 3-pointer for the Bucks in their Game 3 win.

Louisville mever trailed and held a 75-68 lead with 6 possessions (3:21) to play, but Chris Paul came up with his 4th and 5th steals of the game, both creating an extra possession (below the diagonal on the last 9 possessions-5 minutes of the game) and going end to end to score on the second steal to cut it to 77-74 with 2:07 (4 possessions) to play.

Wake Forest only strategy option was to press for a quick turnover or steal, which creates one extra possession, but means every 11-66 roll is a foul on the defense UNLESS the rest is a turnover or steal OR a dunk results. The ball inbounded to Louisville center Steven Enoch with a 42 roll, which fell in his 41-43 turnover range.

Chris Paul hit his first 3-pointer of the game to cut the deficit to 80-79, Louisville missed at the other end, but this time Paul missed a final drive and Louisville grabbed the rebound to advance.

As you can find in the scoresheet below, Louisville dominated in reboubds 30-21, while Wake Forest led in steals 8-4 and forced turnovers 16-11.

Wake was called for 20 fouls to 17 called on Louisville, and actually the refs missed a foul call on Wake's Taron Downey that shoukd have given Louisville sharp-shooter Ryan McMahon a 4-point chance after hitting a 3-pointer to makr it 64-59 Louisville. In the game the home team can chance a roll of 36 to 66 or vice versa, and this was the only time Wake's home advantage playing in Winston-Salem made a difference.

By each player we list a big number for their points in this game, then four smaller numbers for rebounds, steals, blocked shots and fouls.

We did use the fast action cards rather than dice for this game, and it played in 54 minutes. 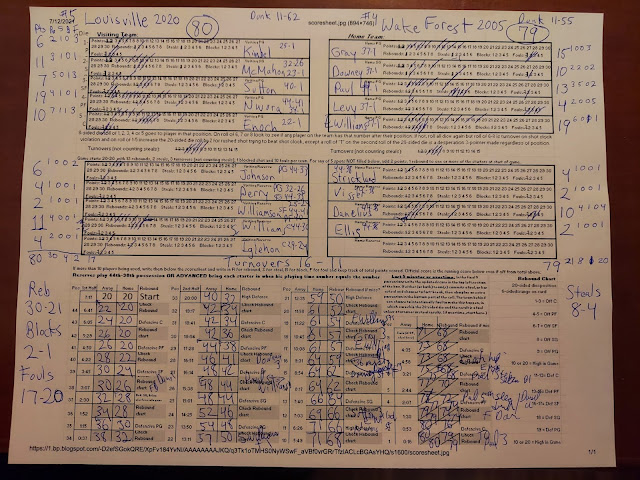 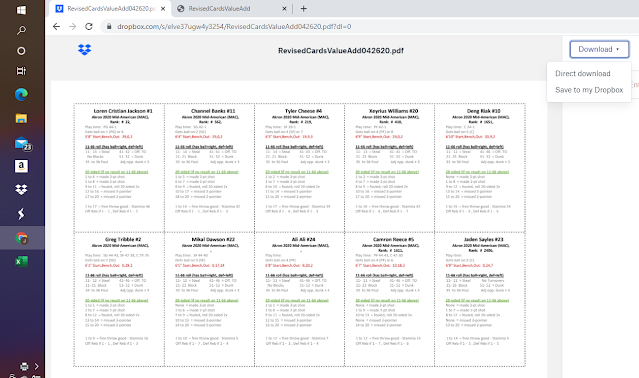 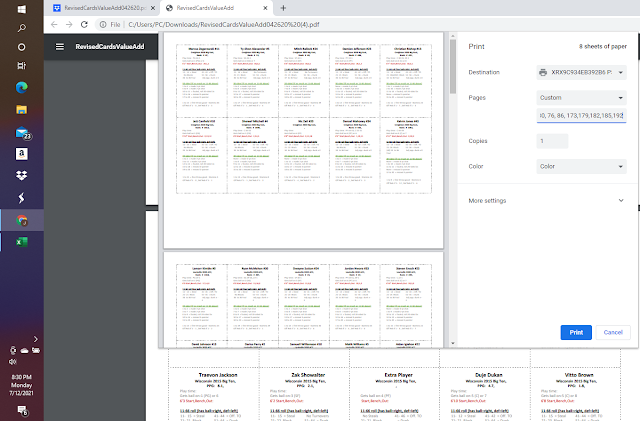 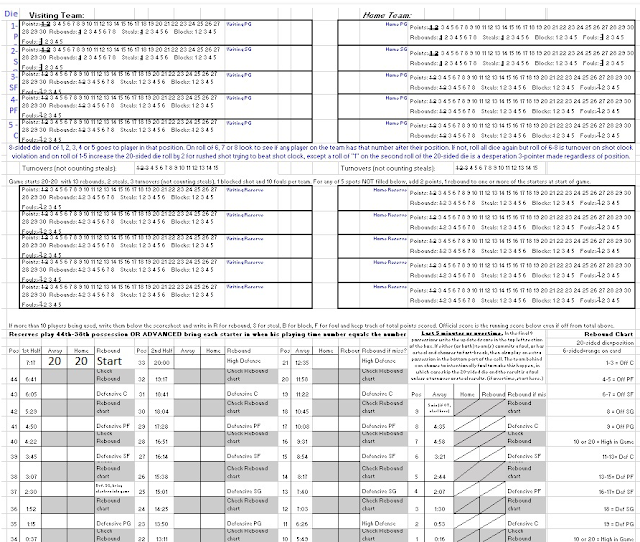 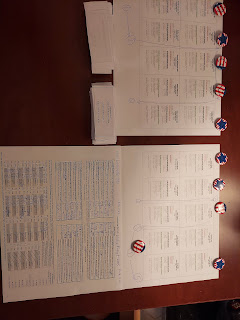 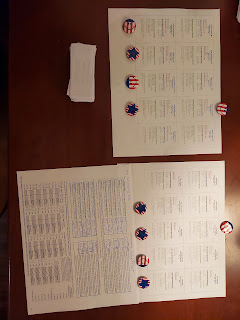 Posted by JohnPudner at 9:39 PM