Here are the Statis-pro batting cards for the NL players who finished in the top three of All-star voting at their position. The first screen shot is of our All-Stars from the Braves, Cardinals, Cubs, and the first Dodger. While everyone's initial card is based on their projected stats coming into the season which would add up the the "Neutral OPS," at the end of May we adjusted stats based on a formula if the player's OPS was at least .100 points higher or .150 points lower than the card OPS. 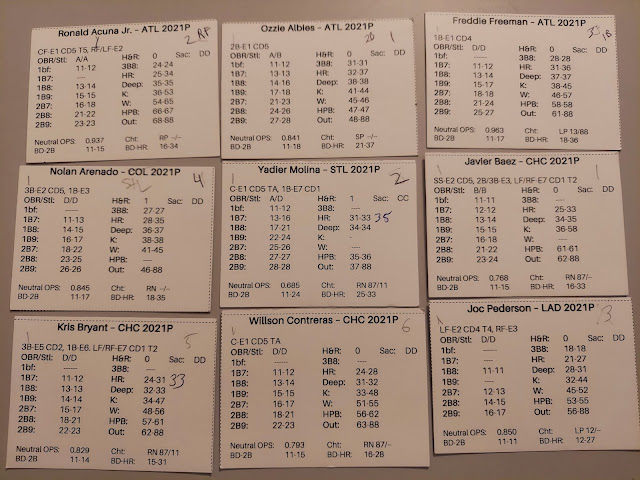 The next nine cards include the rest of the Dodgers, as well as the Giants. Posey is the most improved with three extra homers to yield a 33-37 home run range, and Lux dropped two home run numbers to yield a 27-31. 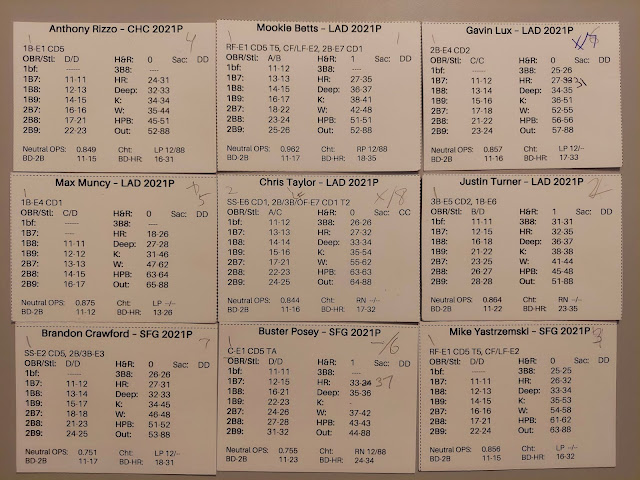 The final set of NL All-Star cards are from the Nationals, Padres, Phillies, Pirates and Reds. Several improved in this group - the biggest being Winker's jump of three homers to 26-35. Note Soto's 26-34 home range is pushed lower because of his tremendous walk range of 46-65. 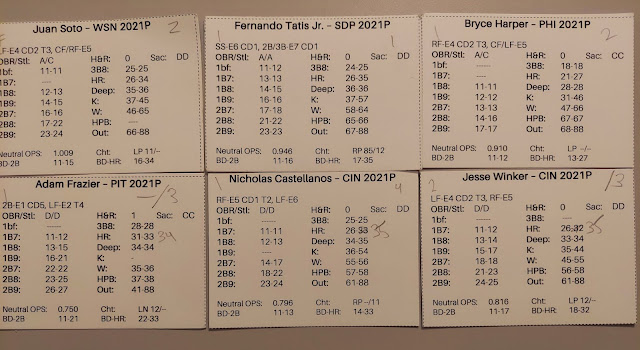 While we are playing out the NL season (grid of all games here), we caught up with all the AL cards while giving each of our NL teams two series against an AL team. The NL leads our interleague games 58-56, but the three AL teams that still have 6-game series to play are strong - the White Sox, Astros and Yankees. However, the Astros and Yankees will be throwing their 3rd and 4th best starters while the other four teams will be starting their top two starters in these series.