Four of the best starting pitcher cards in our NL Statis-Pro baseball game qnd even Hader in relief were all shelled as.the Brewers edge the Padres in 2 slugfests to move further ahead in 1st. We had played the series before the Padres added All-Star Adam Frazier at 2nd base, so he did not play in this series.

Before showing that scoresheet, we just updated our google sheet that tracks the season with the grid below. As you can see, we broke the grid into our two divisions, with a "North/West" Division putting the Milwaukee Brewers and Chicago Cubs down the road with the Western teams, while St. Louis ends up with the East Coast  teams all the way down South to Atlanta to give us two equal divisions of five teams each for the duration. The winner of each division will get a bye, like the AL counterparts, while the next four teams will be the wildcards (we have one more wild card then the actual MLB). 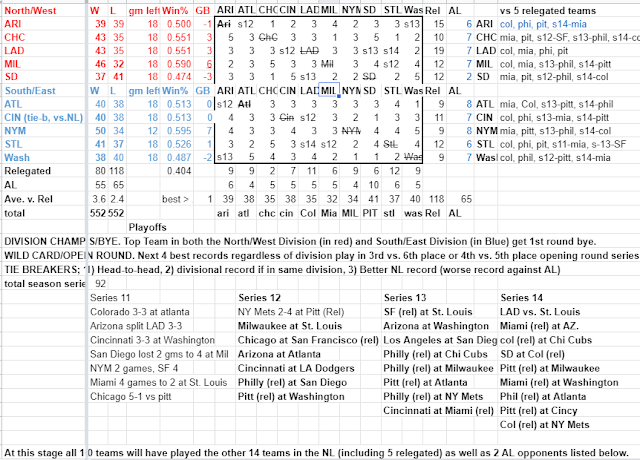 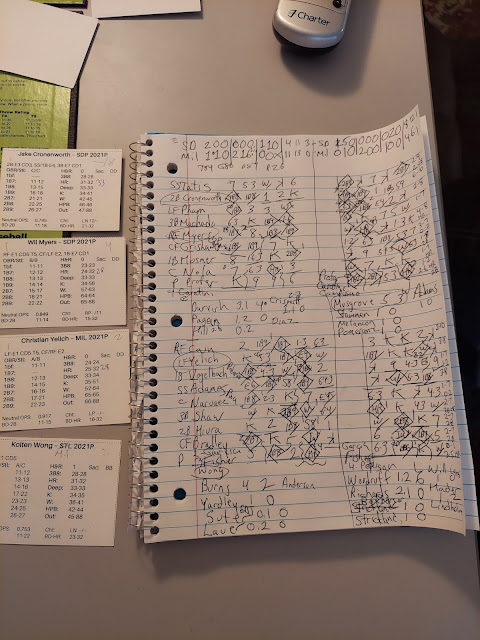 Posted by JohnPudner at 5:05 PM