Pictures of Player Cards for all Elite 8 Teams

The following are the Elite 8 teams of our third Value Add Basketball Game Tournament.

The first tournament was between our initial 96-teams, at which time we only allowed a maximum of one team per school per century. The All-Time Elite 8 of those 96 initial teams were Houston 1968, Indiana 1976, Michigan State 2009, North Carolina 1982, Texas Western (later UTEP) 1966, UCLA 1972, Villanova 2018 and Virginia 2019. In the final, Bill Walton's UCLA defeated Michael Jordan's UNC.

The second tournament we played was a 68-team tournament between the 2020 teams after Covid cancelled March Madness. The 2020 Elite 8 teams looked very realistic, with Baylor, Creighton, Dayton, Duke, Indiana, Iowa, Kansas and Oregon - though a couple of upsets in the Elite 8 led a hot shooting Creighton team past Duke for the title.

This third tournament is between 30 new teams we created last to add to the set to make 136 total all-time great teams (this does not include the 2020 teams, except we added Creighton for winning the 2020 tournament. However, it did include the 2021 Baylor national champions. For these eight we show the match-up, and then the cards of the two teams.

UCLA 1967 vs. DePaul 1980 - Because we only included one school team from one century in the first batch, we included Bill Walton's team  but did not include Kareem Abdul-Jabbar - at the time Lew Alcindor - in the first set. They went into this 30-team tournament as the top seed but struggled a bit in their first game. They are now heavily favored against DePaul.

Update: see details of the biggest shocker of our first 246 games as Terry Cummings drew a 5th foul on Kareem Abdul-Jabbar with 15 minutes to play to spark a 86-71 stunner. 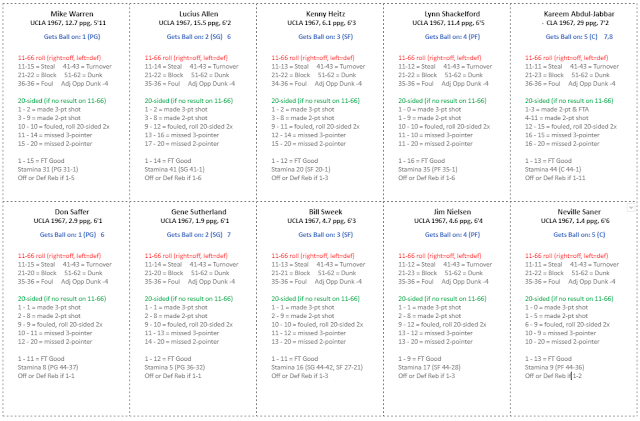 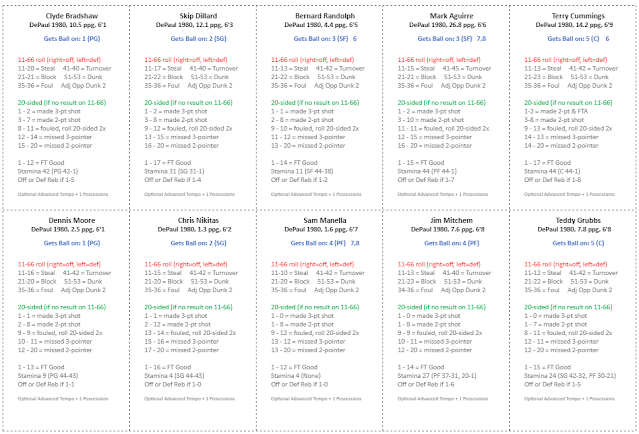 North Carolina 1998 vs. Michigan State 2000 - Likewise you could not include the incredible UNC 1998 team in the first batch because we had to include Michael Jordan's 1982 team - which was runner up in the first tournament to Walton's UCLA. We could have another UNC vs. UCLA in the Final Four of this tournament if both win, but the 2000 Michigan State team was one of the most dominant in tournament history - winning all three Big Ten tournament games and all six March Madness games by at least 9 points. They were kept out of the first batch because Magic Johnson's Spartans had to be included, and technically 2000 is the last year of the past century, not part of the current century. 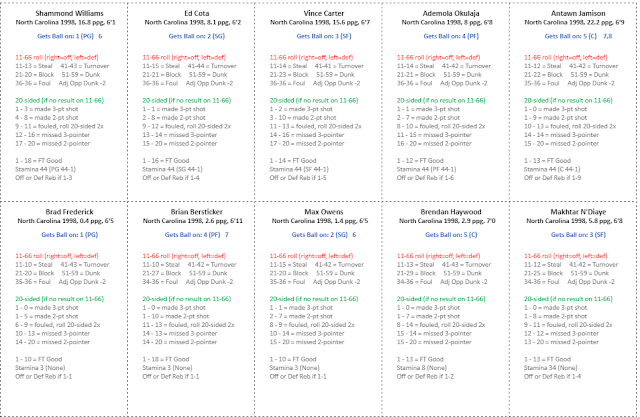 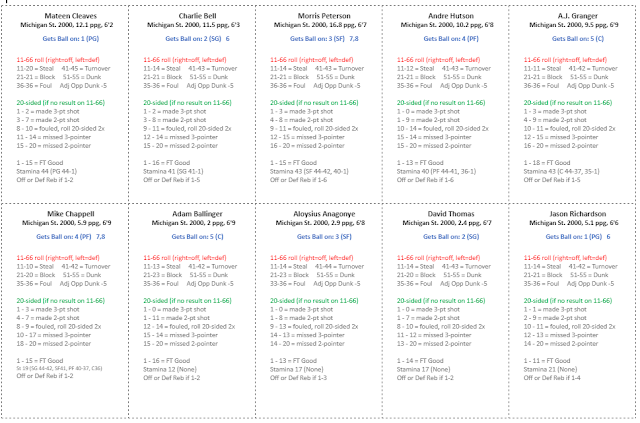 Duke 2001 vs. Baylor 2021 - This Duke should have been in the first batch but we honestly kind of lost 2001 and 2002 between the last century teams and the teams of the www.kennpom.com era. However, they are loaded. Baylor was the last team created, and they simply destroyed their first two opponents but we are waiting to see if they are really that good. 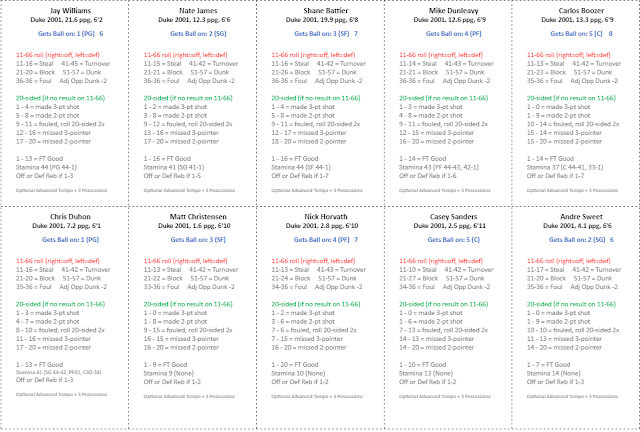 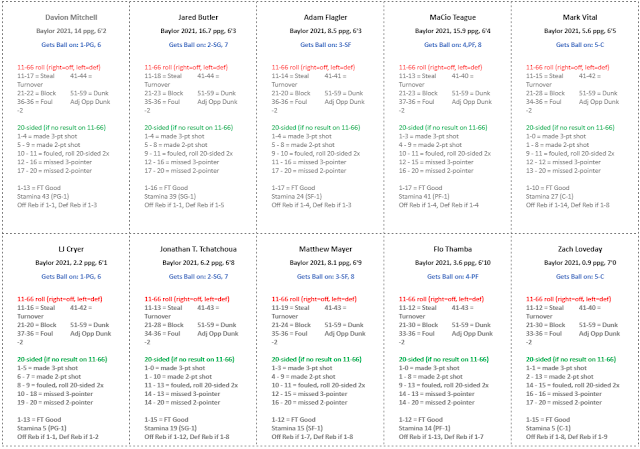 Kansas 1997 vs. Houston 1983 - Another blue blood in our Elite 8 is Kansas, but they have no easy path as they match up against Phi Slamma Jamma from Houston, which is one of the teams that very likely would have won the tournament with the current double bonus rules. Back then you could foul forever to give a team like Houston one-and-ones instead of letting them run up and down the court and score - which is what Jimmy Valvano did to beat them in the national title. 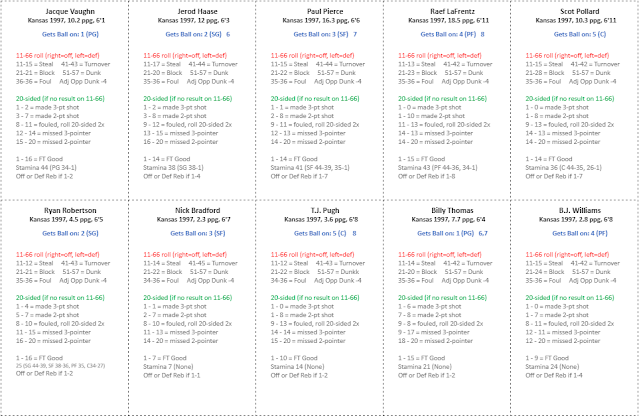 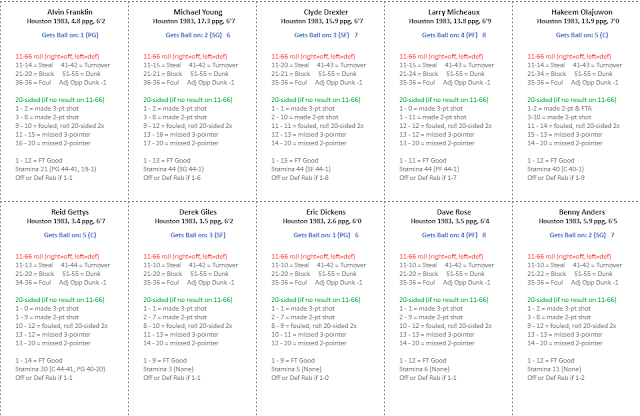 Posted by JohnPudner at 7:12 PM