With our mini-NBA Finals tournament over and the actual NBA Finals tied at 2-2, we decided to go back and finish our 30-team tournament of all time-great teams. The following are the match-ups and ratings each team has among our all-time 136 great teams in the Value Add Basketball Game.

The following were the movements of the four teams in our mini-tournament of teams with a player in this year's NBA Finals: 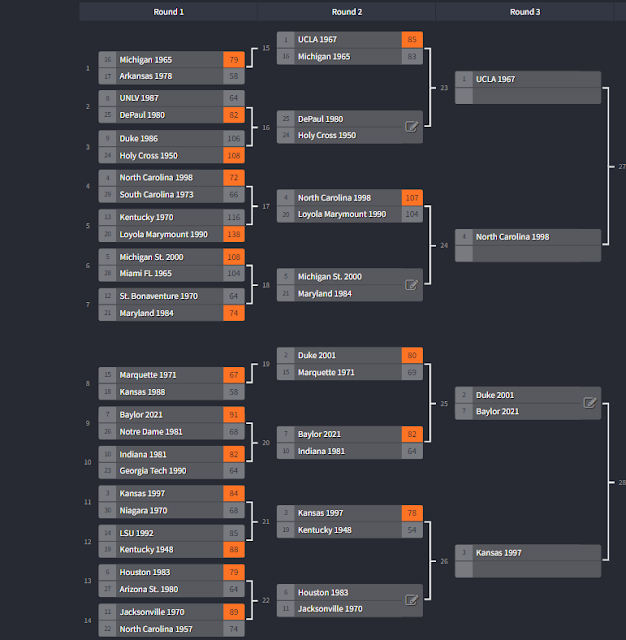 As for the overall Top 25 - UCLA 1972 won our first 96 team tournament but Kansas nudged ahead on points after destroying 4 other great Big 12 teams in conference play.

Below are the updated standings based on the teams starting plus or minus rating (counts as 3 games) and then the game score from each game played (all listed here, along with the ratings of all 136 teams on the 2nd sheet). We calculate this like www.kenpom.com does, EXCEPT we add +5 to the team that wins and subtract -5 from the team that loses each game.

Posted by JohnPudner at 3:47 PM