The 246th Value Add Basketball Game we've played since inventing the game was the biggest upset.

With Jabbar out, rolls of 7 or 8 on the 8-sided die no longer goes to anyone, forcing a second die roll. By game rolls, in this case if the second roll is 6-8 the possession ends in a shot clock turnover.

DePaul's defense was already forcing turnovers and preventing UCLA from getting the ball inside - becoming the first great team we recall to have a double digit edge in turnovers forced (23-11).

DePaul scored on fast breaks on most of their 9 steals and Cummings had 3 traditional 3-point plays (he is an 85% free throw shooter as 1-17 is good and only 18-20 is a miss.

Like in real basketball results can be completely different from game to game such as this Big East triangle:

Add those up and it would appear UConn was 31 points better than Nova, however when they played Nova won 77-73 and then in our first 96-team tournament Nova went much further than the other two and all the way to the Final 4. 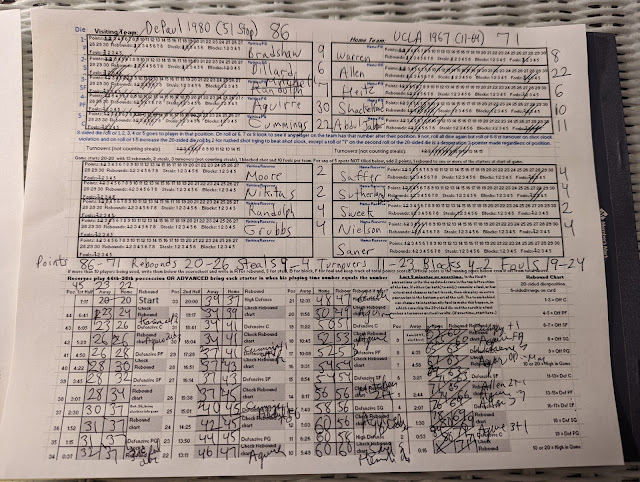 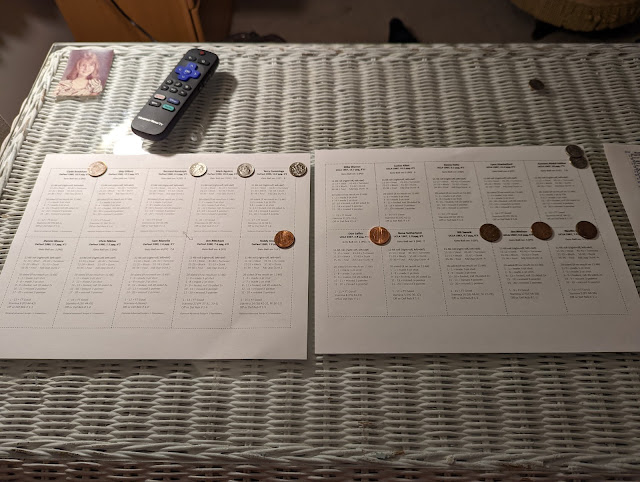