We hope everyone can click here to read our piece on the great CBS site pictured below on players in the NBA Finals, who also have cards in our 136 great teams in the Value Add Basketball Game. To run through where each player ranks at https://valueaddbasketball.com/ballall.html, the link to the rankings of all 107,000 players seasons this century.

Stephen Curry ranked as the 5th most valuable player in the country in 2008 and then 4th in 2009 - the Davidson team that is featured.

Payton Pritchard ranked as the 2nd most valuable player in 2020, when the Oregon Ducks missed a championship appearance by 2 points despite playing the whole tournament without their big man. He is tied as the most valuable Oregon player of this century with Luke Jackson from the 2004 squad.

Draymond Green was only a freshman coming off the bench in the 2009 season featured - so he ranked in the top 20% of all players but just the 612th most valuable player with limited minutes. However, he moved into the top 2% his sophomore and junior seasons at 62nd and then 51st, and his senior season in 2012 was the greatest Michigan State season of this century - he finished 3rd in value behind only Marquette's Jae Crowder and the greatest college basketball player of this century - Anthony Davis.

Al Horford actually ranked behind the greatest Florida Gator of this centry - Joakim Noah's 2006 season. However, the year after his card in 2007 Horford compiled the second greatest Gator season this century beyond Noah's 2006 campaign. 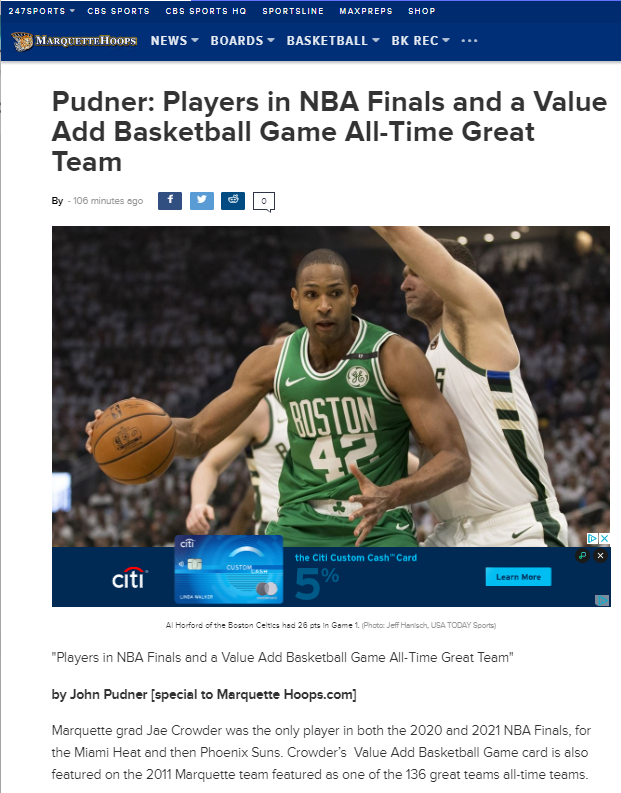 Here is our tracker of great teams.

Posted by JohnPudner at 9:25 AM