People are more familiar with the Michigan State teams of Magic Johnson and Draymond Green, but the 2000 Spartans were not only the last Big Ten team to win the NCAA title - but very few teams in history have so dominated their tournament runs. In their last 9 games of the year to run through the Big Ten and NCAA - their closest win was by 9 points against Wisconsin.

In our tournament going up against one of the greatest front courts of all time - Adrian Branch, Len Bias and Ben Coleman or Maryland 1984 - they cruised to a 73-65 win to advance and play the 1998 UNC team in the Elite 8 - which is now set.

Morris Peterson led the way with 23 points, most importantly drawing Branch's fifth foul with 8:54 to go in the game on a 3-point shot, and then hitting all three free throws to make it 58-52 Spartans. With 2:07 to play Peterson hit another 3-pointer and then came up with a steal and scored at the other end to make it 73-64 - en route to the 73-65 win. Double digit scoring by the backcourt with Mateen Cleaves (12 points, 2 steals) and Charlie Bell (16,3) offset the combined domination around the basket by Bias and Coleman (combined 34 points and 21 rebounds to only 17,11 for the Spartans counterparts). 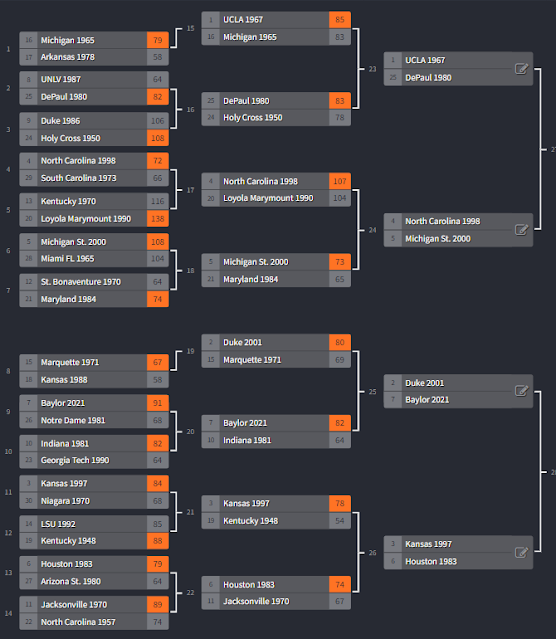 Here is the complete scoresheet for the game. 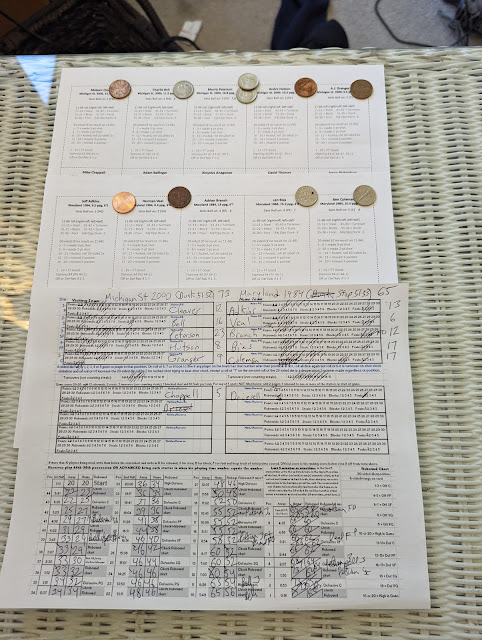 Posted by JohnPudner at 4:42 PM