After the tournament top seed UCLA 1967 was upset, the 2-seed Duke 2001 had to face the Baylor 2021 team that had destroyed their first two opponents.

However Duke's Jay Williams handled Baylor's pressure and with 2:30 to go in the first half had the perfect play with a steal and 4-point play at the other end after being fouled and hitting a 3-pointer. That made it 35-29 Duke, and by halftime it was 42-31. Duke would lead by double digits the entire second half until a few baskets in the final two minutes. 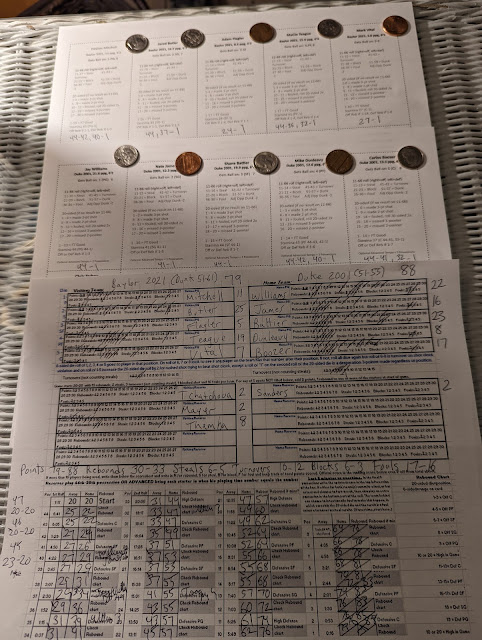