Paul Pierce's Kansas teams finished 4th, 1st and 2nd in the final rankings, but none of the three made the Final 4. This 1997 was the most dominant, but was beaten by the eventual surprise champs from Arizona.

However, the Jayhawks won our 4th Value Add Basketball Game tournament going away, with an 85-61 win against the Michigan State 2000 squad of Mateen Cleaves.

Ryan Robertson hit three 3-pointers in the closing minutes of the 1st half, the Pierce scored three times in the first four possessions of the second half and the Jayhawks pulled away, outscoring MSU 30-13 in the final 9 minutes. 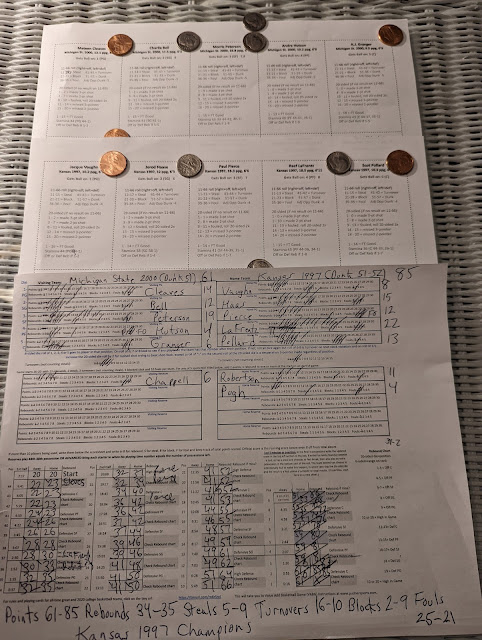