As we watched Draymond Green foul out and the Boston Celtics take a 2-1 lead in the NBA Finals.

We entered our NBA Finals alumni tournament with Florida 2006 as perhaps the biggest disappointment of the 136 games and Michigan State 2009 as perhaps the most surprising.

It seems things are evening out as Florida followed up a semifinal win over Davidson with a fairly easy win against Oregon 2017 for the title.

Once again the Gators struggled until Noah entered the game, as the Ducks led 37-35 when he entered for the first time, but as one of the few players in all 136 great teams to score or get fouled on 1-15 and only miss in 16-20, and one of the best shot blockers, he took over.

Noah has 17 points with 6 rebounds a steal and 3 blocks, while current Celtic Horford grabbed 10 rebounds with 3 steals and 2 blocks in the win.

Virtually all team stats were equal except for Florida drawing 20 fouls to only 15 drawn by Oregon - with Horford and Noah both drawing 4 fouls in the 80-72 title win. 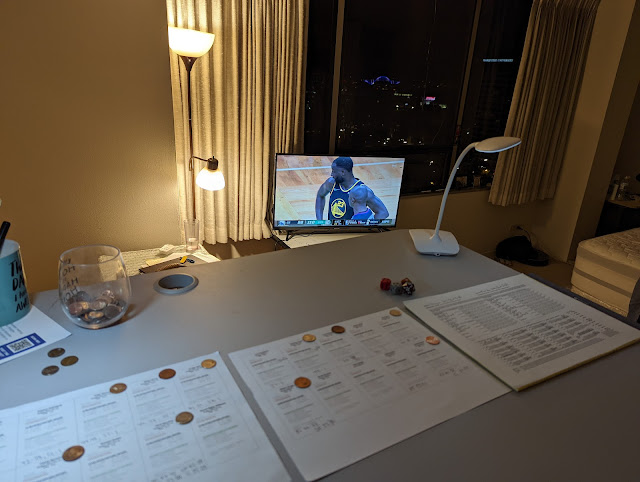 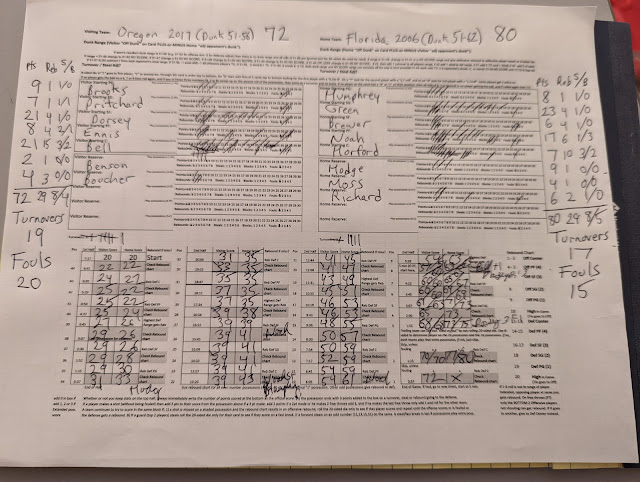 Posted by JohnPudner at 9:33 PM