The Ohio State University destroyed both the second best team in their state, the Cincinnati Bearcats, and their rival Michigan Wolverines to soar from 43rd to 10th in our all-time ratings of great college basketball teams. Cincinnati dropped from 10th to 21st, and Michigan dropped from 25th to 48th. Our game trackers and ranking of the 135 great teams in the game can be found here.

The Big O, Oscar Robertson, out together one of the all-time great performances in our game with 38 points, 5 blocked shots, and all 4 of his steals in the final 6 minutes.

Unfortunately for the Cincinnati Bearcats, his 6 rebounds were a team high, as Jerry Lucas (18 points, 11 rebounds) and John Havlicek (15, 10) led complete domination of the boards 41-21 between the two 1960 Final four teams that did not play each other. According to the Athletic, Lucas and Havlicek are two of the greatest 75 NBA players of all time.

It was 3 future NBA players to 1, and the Buckeyes third Larry Siegfried was the scrolling star with two key traditional 3-pointers (bucket and foul) in a game in which we did not use the 3-point shot since neither team used it.

The only glimmer of hope for Michigan in this game was it Glen Rice (19 points, 9 rebounds, 8 fouls drawn) could get either John Havlicek or Jerry Lucas to foul out - as he drew 4 fouls on both of them.

Other than that it was complete domination by the Buckeyes for their second straight game, as the three future NBA players from the Bearcats game received unexpected help from Mel Nowell's game high 19 points. One fun note, Bobby Knight did score for Ohio State in this game and drew a foul - but missed the foul shot as only a 60% free throw shooter (1-12 is good on the 20-sided die).

Previously the Buckeyes had been upset 78-79 by the 2009 Michigan State team, one of our bigger upsets.

Click on the game to play yourself - it contains everything you need to play the Value Add Basketball game, which lets you pit any of 136 great all-time college teams against each other. To pick your two teams it is best to click on this Google doc and print the pages of the teams you want (each team is one page). I track my games on this google sheet, but play your own for free! 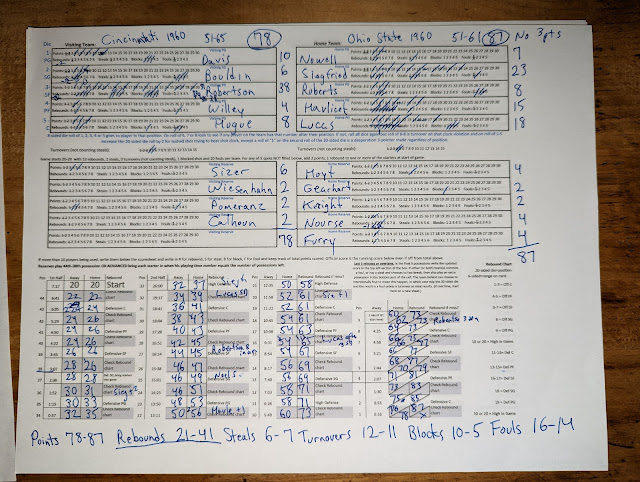 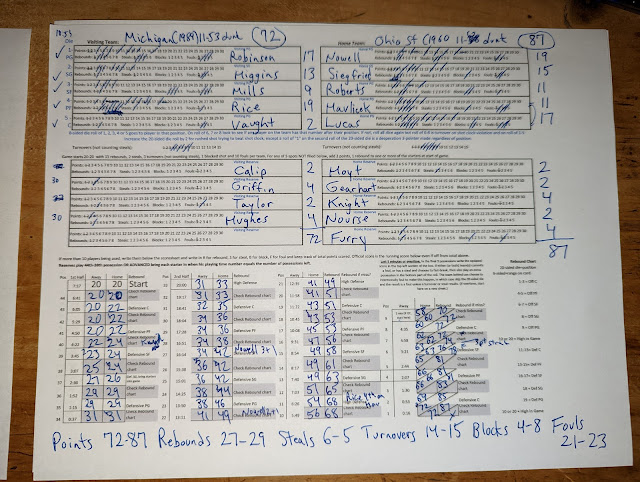 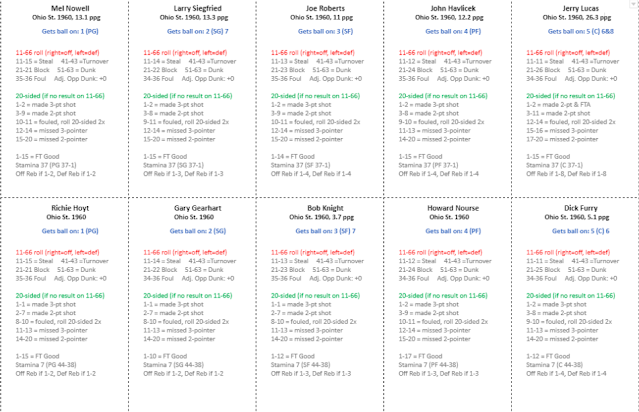 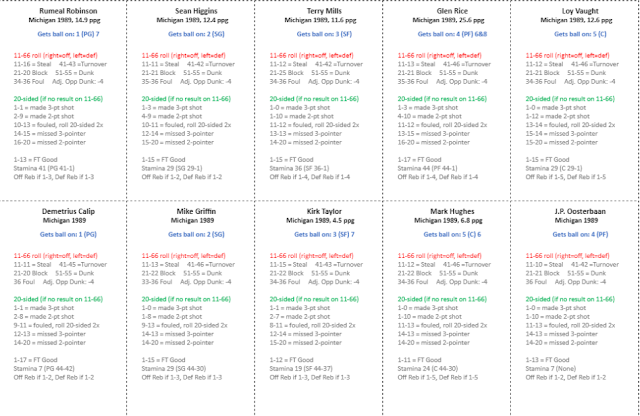 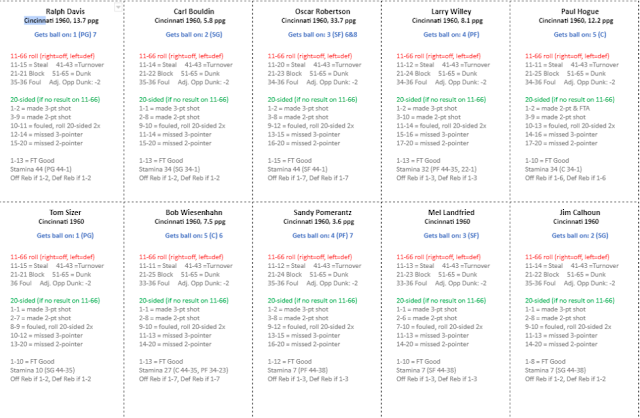 Posted by JohnPudner at 8:51 PM