As I celebrated the Astros real World Series, I decided to go back and play them the year I was so sure they would win - 1998.

Their opponent, the Big Red Machine of 1975.

In the second game the Reds scored 2 in the 4th inning on hits by Geronimo, Concepcion (a double) and Morgan.

In the next inning Rose led off with a double, and then Foster hit a ball down the third base line that turned into a RBI single when Sean Berry did not come up with a clutch snag.

Bench then homered in the 8th for a 4-0 lead. The Astros loaded the bases in the 8th for Bagwell, but he flied out. Derek Bell hit a solo shot in the 9th to avoid the shutout, but it was still a 4-1 Reds win.

Bench set the tone when Biggio singled to lead off the first, and Bench picked him off. 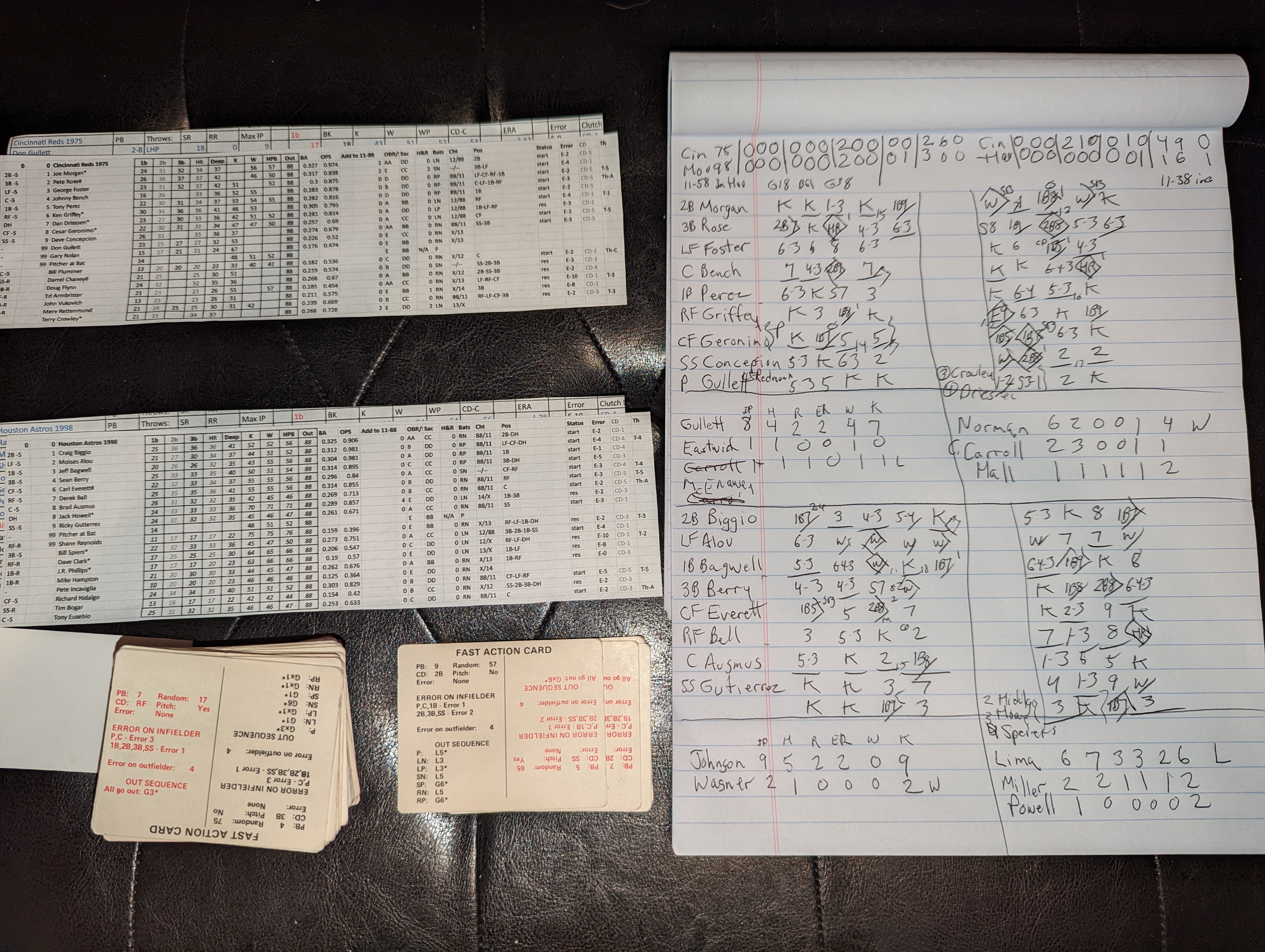 Posted by JohnPudner at 2:05 AM