On the eve of World Cup action between the US and England, Basketball Feast Week and Michigan vs. Ohio State football pending ... Why did I pull baseball back out?

A Statis-Pro baseball player emailed a great pdf he produced of the great pitchers from our 60 all-time teams. I printed out the 1994 Montreal Expos with Pedro Martinez - the 11th greatest pitcher of all time in the rankings, and the 1954 Cleveland Indians with Bob Feller, the 52nd best pitcher of all time with the 2nd fastest fastball ever - 107 mph (I mph behind Nolan Ryan). See the set up when I went to print his sheets for those two teams - page 14 and 31 of 60.

The Expos may have won their only World Series if the 1994 season wasn't cancelled for the strike. This Indians team was my runner up to the 1927 Yankees in an all-time season I played years ago.

The Expos let the first game slip away when closer John Wetteland set down 4 straight to get within one out of a 2-1 win, but the Indians rallied to tie and then won in 12 innings 3-2.

The Indians made it a sweep when Larry Doby hit two homers to back Feller in a 5-2 win. 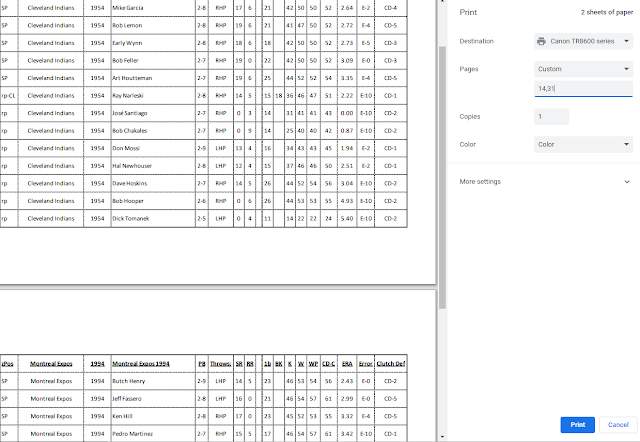 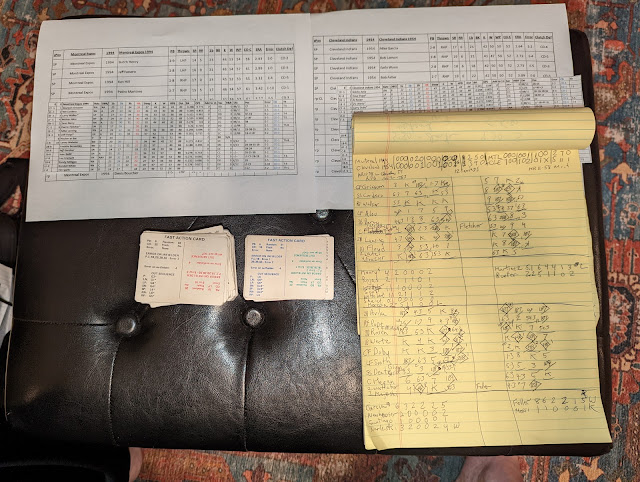 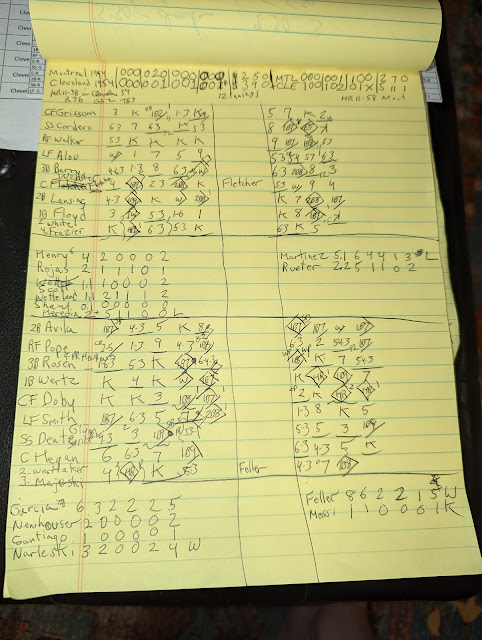 Posted by JohnPudner at 7:07 PM