This was the one Williams' Red Sox team that dominated the Yankees, going 104-50 to finish 17 games ahead of the Yankees.

When Whitey Ford pitched the second game, four of the top 100 players of all time were in the game (Mantle and Berra as well as Williams and Ford), from the historic year that Maris hit 61 homers.

However the 1961 Yanks are one of the weaker teams in our 12-game loaded New York-Boston Division, which has 6 of the top 7 players in history. 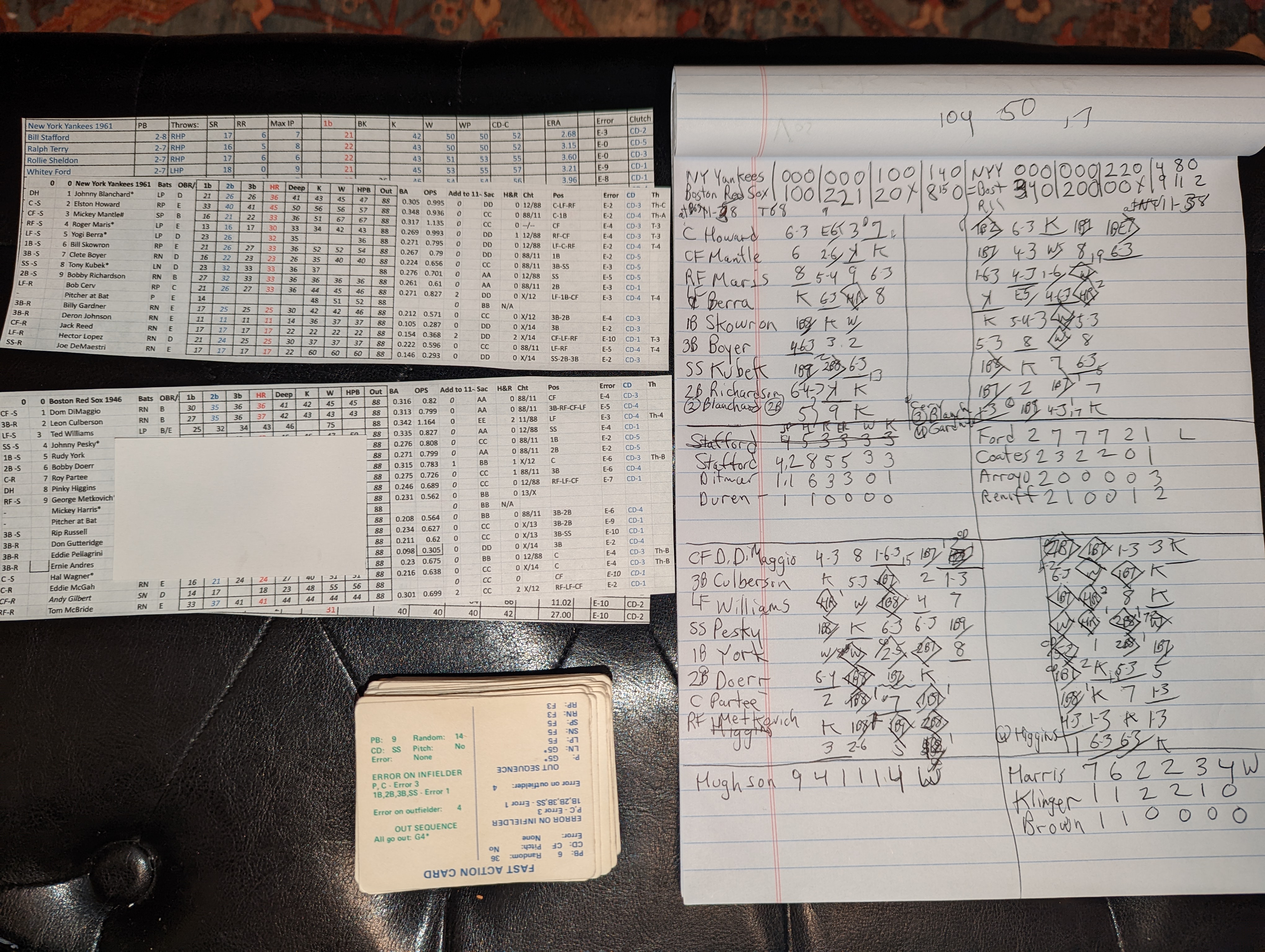