Sandy Koufax struck out Barry Bonds in the first inning on a card that would have been a home run for 90%+ of hitters.

The Random Number was. 28, a strikeout onbut for any pitcher with a PB 2-8 or worse would have been on Bonds' card for a home run.

Koufax allowed only 1 earned run in 9 innings, but two errors by shortstop Maury Wills led to 2 unearned runs and a 3-2 Giants win. The Giants won the nightcap 6-1 for the sweep. 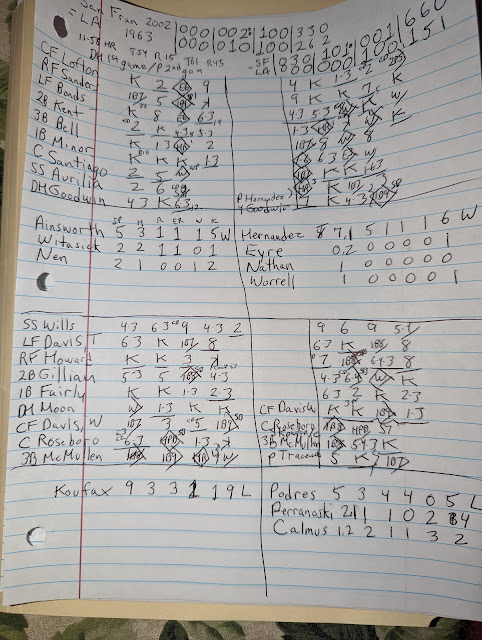 Posted by JohnPudner at 1:25 PM