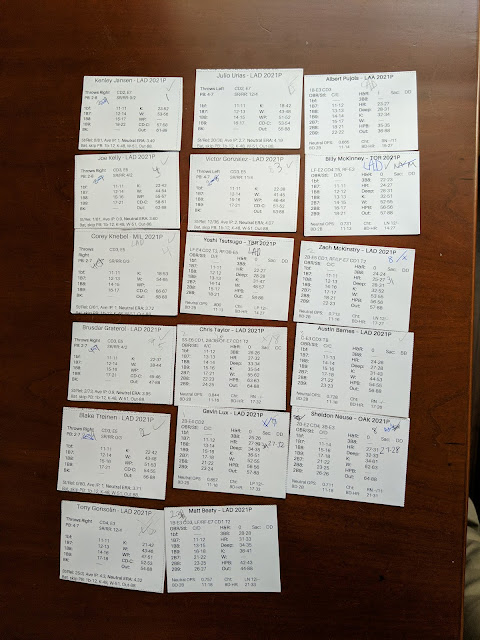 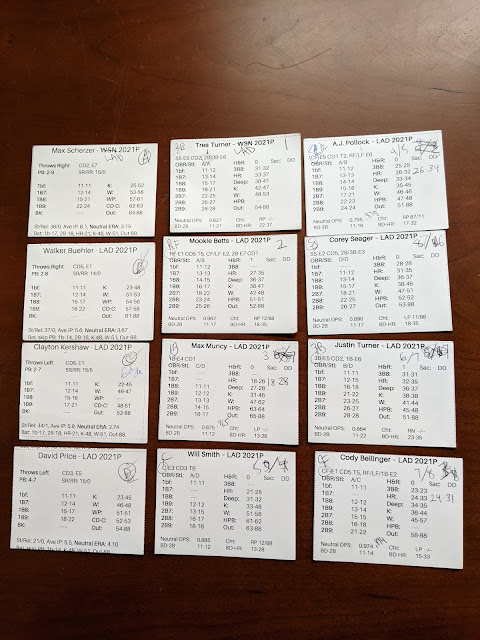 Another pitcher's duel to close the series. Zach Greinke and Chris Sale battle for 7 innings. Only one run scored in the 4th when Verdugo singled, Bogaerts doubled and Martinez grounded out to drive in a run. The Astros threatened in the 6th, but with 2 on, 2 outs, Carlos Correa's clutch attempt hooked foul and a strikeout followed stranding the runners. The Red Sox added insurance in the 8th, capped by Statis-Pro ALCS MVP Kevin Plawecki's RBI single. He finished 8-23, 4 HR, 10 RBI's and didn't play the first game. Red Sox win 3-0. (Boston wins series 4-3)

The Dodgers cards appear above, with the reserves in the following photo followed by the 4 man rotations and starting line-up.

They meet in the World Series, having both fallen one round short of the real World Series, where the Braves lead the Astros 3 games to 1 heading into Sunday night's game.