The Statis-pro NLCS started with two games in LA. The Braves led both games, but their three top relievers who had been in scored upon in the playoffs could not hold the leads.

Minter relieved Morton with the Braves leading 2-0 in the 8th, but gave up three straight homers to the heart of the order - Muncy, Smith and Pollock - to give the Dodgers a 5-2 win in Game 1.

The Braves led 1-0 in the second game when Smith relieved Anderson in the 6th, but he allowed a two out single to score Betts, and then pinch-hitter Taylor hit a pinch hit homer off Jackson in the 7tu for a 2-1 Dodgers win to give them a two games to none lead heading to Atlanta for games 3, 4 and if necessary 5. 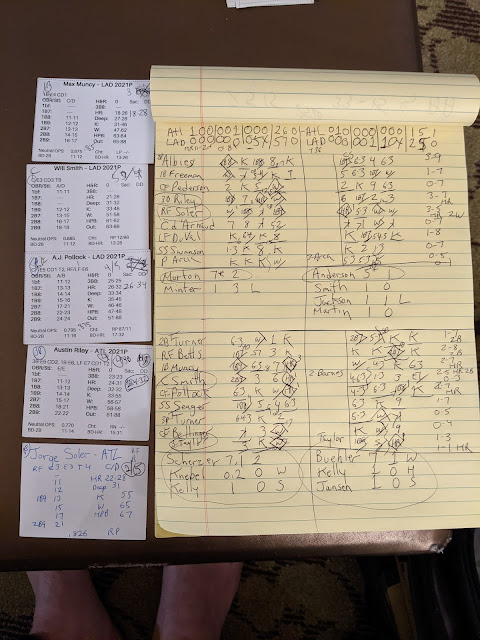 Yet another close battle.

Chris Sale doesn't have his best stuff. The Astros string together five consecutive singles to plate 3-runs in the first. Of course the Red Sox  rally capped by who else, backup catcher Kevin Plawecki who hits another 2-run HR to make it 3-3 after 4. It stays that way until the 7th when Alex Bregman hits his 2nd HR of the series (both go ahead shots) The big question was could the Houston bullpen hold it. Ryan Pressly, who had two blown saves all regular season (13-15), but already has two blown saves this postseason, answered the call with a 1-2-3 ninth. Astros win 4-3. (Houston leads series 2-1) 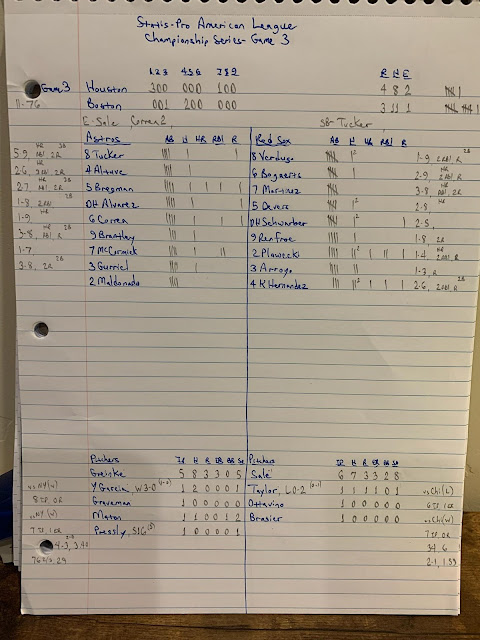