The final four playoff teams in the Statis-Pro season using projected cards were an exacto match with the actual final four teams in the real ALCS and NLCS. However, right now the two actual World Series teams will need to rally from behind to avoid a series MLB would have actually preferred- the Red Sox vs. the Dodgers. Absent the injuries, the Dodgers are ahead two games to none against the Braves, and our Montana Commissioner had the AL teams back on the field today.

Pitching takes the lead in this pivotal game. Framber Valdez starts with 5 shutout innings. But Nathan Eovaldi is even better going 7 2/3 innings only allowing 2-hits. The Red Sox get their offense in the 6th with RBI singles from Kevin Plawecki and Danny Santana. Matt Barnes picks up the save in a 2-0 win. (Red Sox lead series 3-2) 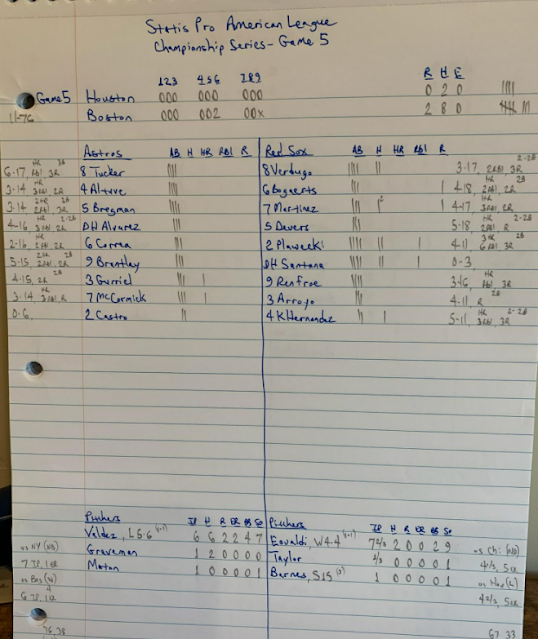