Statis-Pro Board Set Up for Cards vs. Phils

We spent the last couple of blogs outline how to put together playing cards for current MLB teams. Here us what the actual set up was during a game, right after the Cards Arendado singled and DeJong homered to give the Cards a 2-0 win in a pitching duel between aces.

You do not need the board to play the game, and dice can replace the multi colored fast action cards at the bottom. The green 24 on that card was the random number that was in DeJong's home run range.

In our setup, the bottom stacks for each team are the cards in the bottom order and the discard pile. Just above that stack is the starting pitcher in the game with the other 3 starters in the rotation under aces Flaherty and Nola.

The two stacks at the top are cards for the relief pitchers and bench batters. The extra card lists players for whom I do not have a card. For those players I look up the projected ERA or OPS to see which fringe card to use if I want them in the game. 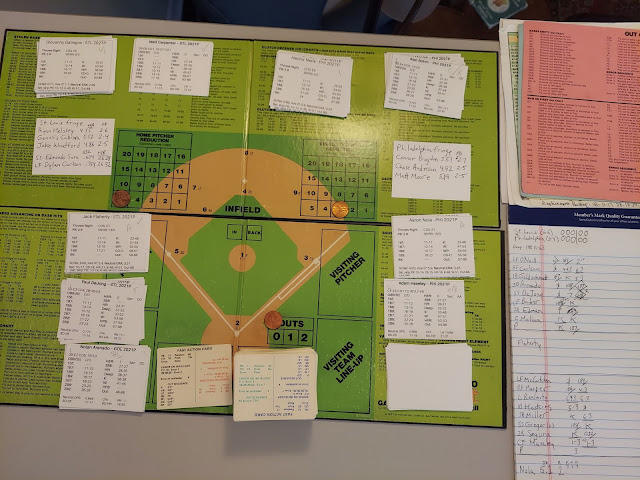 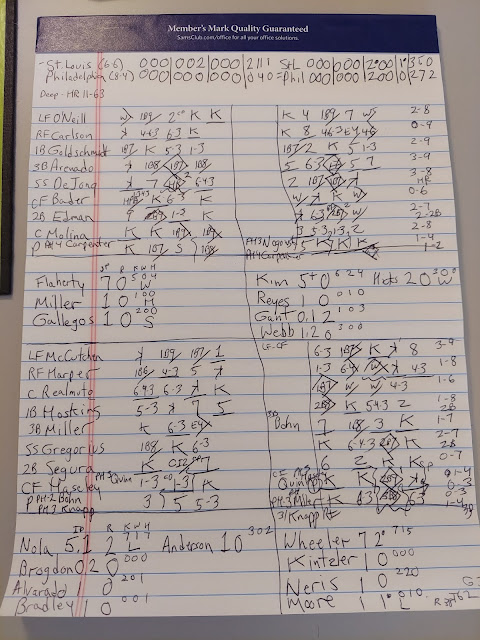 We have set the 4th round series after the 3-team round Robin between Arizona, Colorado and Cincinnati. The "Next" column shows the next opponent. 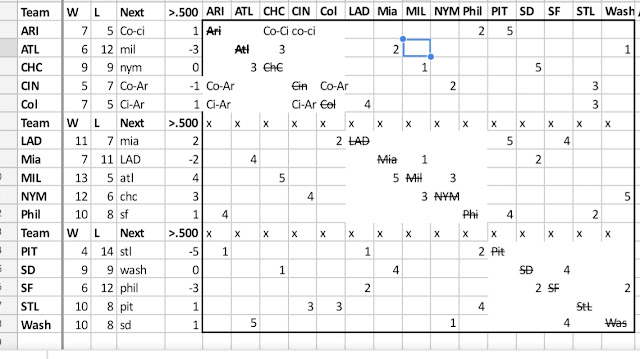 Posted by JohnPudner at 1:49 PM