We did not play any Statis-Pro Baseball games during March Madness, skipping even opening day. However, on the off day between the semifinals and title game, we played our first game in a month. Our Statis-Pro Standings are at the bottom of the blog.

The Padres showed just how dominant they may be this year

Darvish threw six shutout innings with 10 strikeouts to kick off the twin bill. The first 3 hitters in the Padres order - Tatis, Pham and Machado - went 11 of 25 with 4 Homer's and 3 doubles.

However, Rojas salvaged a 2 games to 4 series loss with a clutch defense double play and a clutch batting 3-run home run to chase Snell in the nightcap. 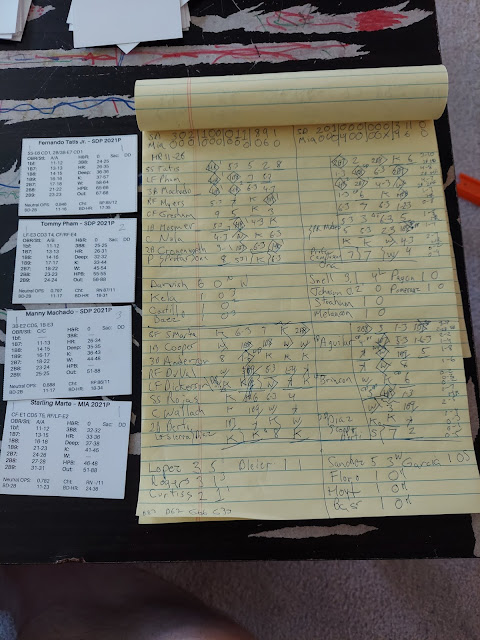 The NL plays straight up 1-game series,, and in the AL each series is 2 games but counts as a 6-game series. A team gets credit for a 3-game sweep if they win after leading by a taxpayer least 5-runs after 8 innings without using their top reliever available - otherwise each game counts as 2 wins for the winner and 1 win for the loser.

The 11th through 15th place teams will be dropped late in the season.

At the end of the season the 3rd through 6th place teams play a 5-game series, with winners playing the 1st and 2nd place teams. 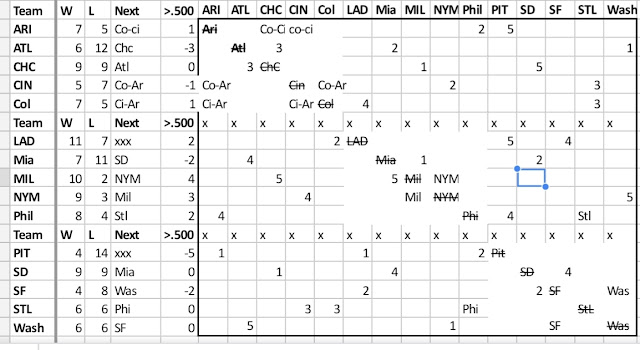