The Reds and Phillies entered our Thursday game with .500 records in both real baseball and our Statis-Pro season, but as you can see below the Reds dominated the series 5 games to 1. The series wrapped up the 5th round of games and the schedule was set for the 6th round, when the lower part of the rotation is likely to give up more lopsided sweeps.

Here is the grid of matchups so far, with a screen shot below. I list the next opponent (or in Colorado's case next two opponents) next to the team name and on the grid. For series completed look across to see how many games of the 6 -game series the team won against each team. The teams most in danger of being relegated after the 6th round are Miami, Pittsburgh, San Francisco and Colorado, though if the Dodgers finally explode against the Phillies this series they could be in trouble.

Below the guide is the scoresheet of the Phillies-Reds series. The key to the second game came on when a z-play resulted in Bryce Harper misplacing a ball that many could have caught into a 2-run double. 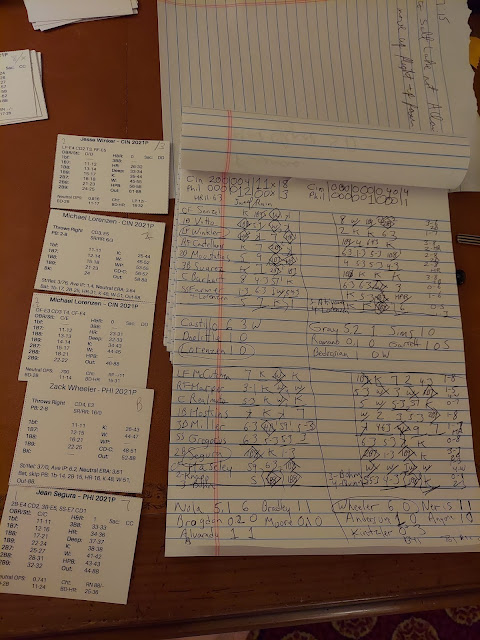 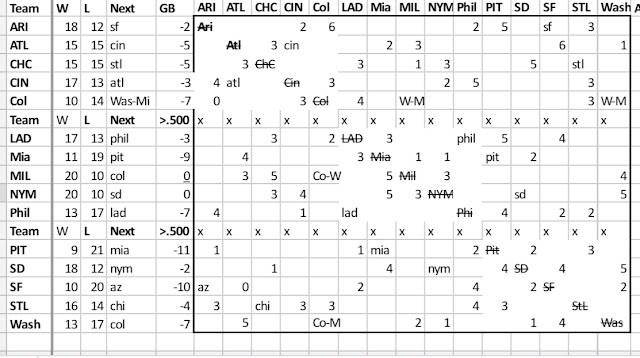