A first glance at the final inning of my two game series in which the Braves crushed the Giants 1p-5 and 6-1 may look peculiar because both ace relievers were in the game.

The following is the google sheet pictured below that you are free to copy for your own league. If you type in the teams in your league top to bottom and across the top, then add a win for every match-up, it will Tally each team's record.

I thought this might give a good example to explain a couple of unique League rules I play in my games, but also stress these are not rules of Statis-pro baseball. My friend who always plays the opposite league plays straight up 1-game series between teams.

1. I play all 2-game series because I quickly free hand a scoresheet and don't need to even write the lineup in twice except for any platoon players.

2. Each game counts as a 3-game series, with the winner getting credit for a 2-1 edge, unless they led the game by at least 5 runs at the end of the 8th inning without using the reliever available with the best era.

A. This series was only the second time in 34 series I'd played this season in which a team swept both games to get credit for winning the whole series 6 games to 0 (if you see the grid, Atlanta has credit for 6 wins vs. San Francisco just as Arizona did against Colorado. 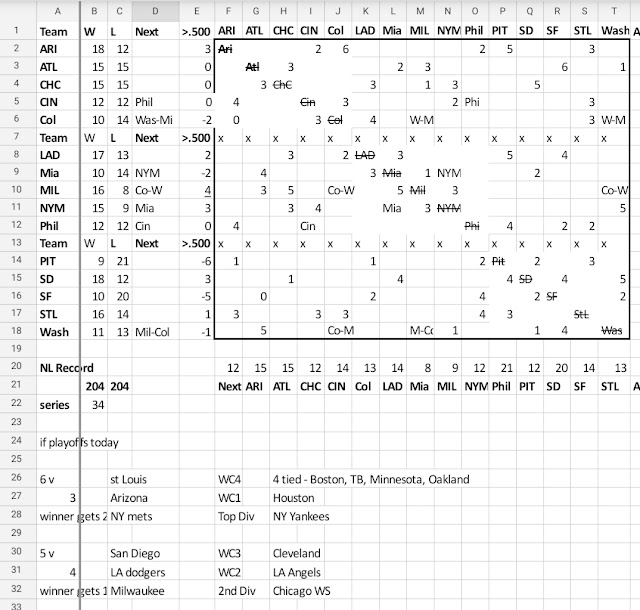 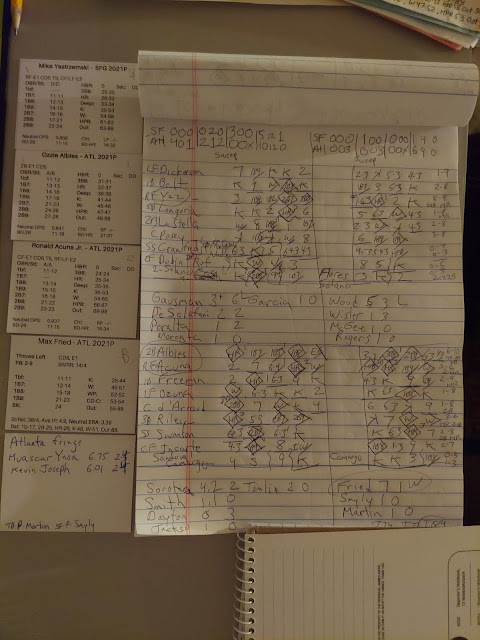 Posted by JohnPudner at 7:51 PM