It was fun to see the rare On-base running (OBR) A, stealing-speed (SP) AA for Villar. Not many like that any more, the figure Rickey Henderwon basically invented for Statis-Pro and then went one step further with AAA. Villar bats 8th, but went 5 of 7. The last full season he stole 40 bases and he once stole 62, in a sport that largely gave up on the steal.

To even put the season all 10 NL teams on the grid will play each other in a series and each team will play 5 relegated teams - whether from the NL already played, or the 5 relegated from the AL. 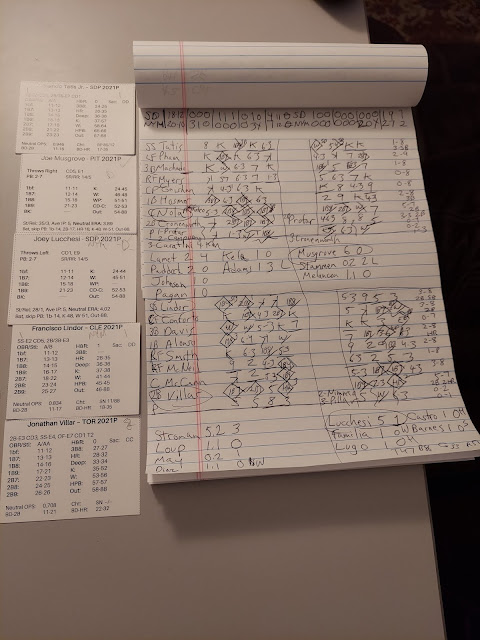 Posted by JohnPudner at 8:10 PM