Unfortunately for the Phillies, they were relegated out of the Statis-Pro season when the Dodgers exploded to improve to 23-13, leaving the Phillies at 14-22 and 2 games short of the 16-20 needed to guaranty against relegation.

Kershaw and Jansen shut down the Phils in the first game and Seager singled in the game-winner in the 10th to give the Dodgers credit for a 2 games to 1 winner in the opener to mean the Phillies needed to win the nightcap to keep playing. Betts (3 of 7, homer for the series), Turner (4-8 ,hr) and Seager (3-8, double and triple in addition to first game game-winning single) led a late 7-1 outburst for sweep credit to improve to within one game of the Mets and Brewers for 1st in the NL.

8 teams have won 16 games already and are guaranteed to be in the 10 (or 12) team league for the rest of the season - Arizona, Cincinnati, LAD, Milwaukee, New York Mets, San Diego, st. Louis and Washington.

3 teams failed to win 16 and are out, except there is an chance 11 would qualify and thus we would need to keep Colorado as a 12th to keep it an even number of teams, but both Pennsylvania teams are out.

The Braves and Reds just need to avoid 0-6 to make it. The Marlins could go 5-1 or 6-0 against the last place Pirates to potentially also save Colorado, or the Giants could go 6-0 to do the same. 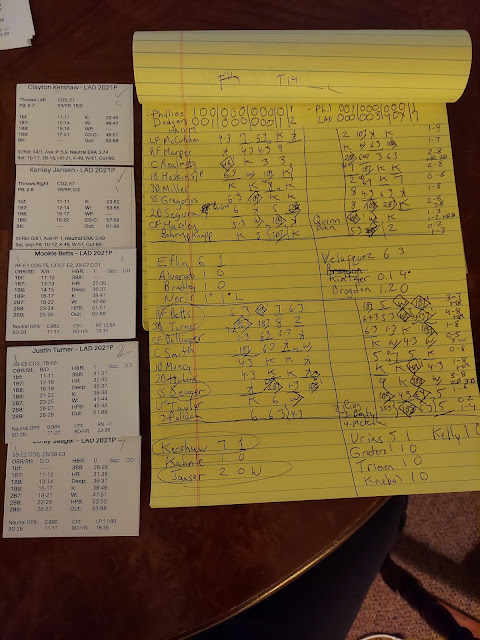